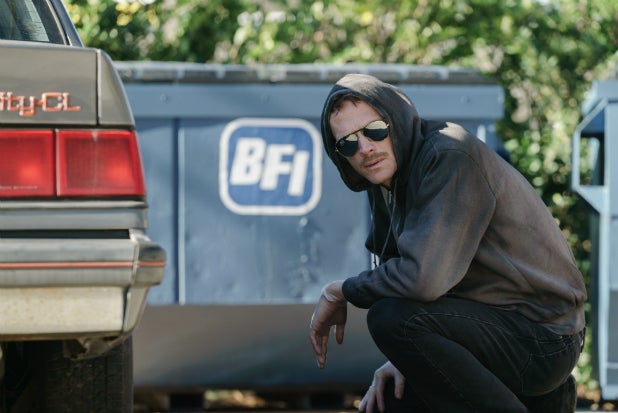 Even with true stories, I don’t expect a TV series or movie to get every fact right. But the Discovery Channel series “Manhunt Unabomber” disrespects achievements of the “Unabom” investigation by creating a predominantly fictionalized story.

The eight-part, Tuesday night series on the Unambomber that began August 1, comes up considerably short on the truth when it comes to a minor player on the Unabom Task Force (UTF) — Jim Fitzgerald, an FBI profiler and forensic linguist — who is portrayed in the series as a key investigator who broke the case and was involved in key aspects. It’s just not true.

It then builds on that fiction by depicting a relationship between the Unabomber, Ted Kaczynski, and Fitzgerald that never happened.

The Unabom (FBI shorthand for University and Airline Bomber) investigation began in 1978 with the first bomb and continued until Kaczynski was identified, arrested and prosecuted in 1998. (The last bombing was in 1995.)

The investigation was the longest and most expensive in FBI history. Many people, including me, were involved in the investigation from different agencies. Some spent a substantial portion of their careers on the investigation. All kinds of investigative techniques were utilized, huge data bases were built and countless leads were followed only to what seemed to be dead ends.

In the later years, a Unabom Task Force formed in San Francisco. Our lead agency was joined by the U.S. Postal Inspectors and the Bureau of Alcohol Tobacco, Firearms and Explosives. San Francisco had been the mailing origin for some of the later bombs, and the San Francisco Chronicle was one of the newspapers that Unabomber used to communicate with law enforcement.

Finally, the big break came when the Unabomber claimed that he would discontinue his use of bombings to kill if his 35,000-word manifesto was printed in a major newspaper.

A handful of people — Attorney General Janet Reno, FBI Director Louie Freeh, the San Francisco special agent in charge, Jim Freeman, the Assistant SAC Terry Turchie and Kathy Puckett, an FBI agent and a member of the UTF with a psychology background — persuaded the very reluctant editors of the New York Times and Washington Post to publish the manifesto. It was decided that the Post would publish the manifesto in full and the newspapers agreed to share the immense cost. (Jim Fitzgerald had no part in this process.)

The publication led to David Kaczynski and his wife’s realization that David’s brother, Ted, was probably the Unabomber. (David’s wife had suspected that Ted was the Unabomber for a while.) They reached this conclusion by comparing some of Ted’s early writings with the manifesto.

Through their attorney, they communicated their conclusion to the UTF. When members of the UTF saw Ted Kaczynski’s early writings and compared them to the manifesto, most if not all of them thought they were written by the same person. No special analytical technique was necessary. (Jim Fitzgerald was not the first one to make this determination. He reached the same conclusion as did most of the other members of the UTF.)

David Kaczynski’s attorney told the UTF that Ted was living in a small cabin in Lincoln, Montana. A surveillance was quickly begun. Various UTF members and other agents were infiltrated into Lincoln using assumed identities. At the same time, investigation was conducted in all the locations where Ted had lived and gone to school.

Also Read: '20/20 on ID' Details How Unabomber's Family Ratted Him Out to Feds (Exclusive Video)

All this information was analyzed and put together for a search warrant affidavit establishing probable cause to search Ted’s cabin. After about six weeks of surveillance, the affidavit was presented to a local federal magistrate and he issued the search warrant.

A ruse was developed to get Ted to come out and the cabin was searched.

The search found: bomb-making materials; voluminous incriminating documents including an original draft of the manifesto and a coded diary confessing to all of the bombings; the typewriter used to type the manifesto and a fully constructed bomb ready to be sent — the bomb was designed as an anti-personal bomb, despite Ted’s promise not to kill.

After Ted’s arrest, Postal Inspector Paul Wilhelmus and FBI agent Max Noel interviewed the suspect. Both had been involved in the Unabom investigation for years.

Ted did not confess, but after what was found in the cabin, it wasn’t necessary. (Jim Fitzgerald was never in Lincoln during the search of the cabin and the arrest of Ted. Consequently, he had no part in the search nor the interview.)

In a later interview with Newsweek, Fitzgerald implied that his “forensic linguistic analysis” identified Ted Kaczynski as the Unabomber — an event described as a “defining moment in Fitzgerald’s career.” No such moment occurred.

I realize that the Discovery Unabomber series is a dramatization and not a documentary, and it’s difficult to make a long, often tedious investigation into a compelling story.

But that’s not an excuse to make a minor member of a team who was only on the team for a matter of months into the star player who won the game. I’m not sure why the writers took this tack.

View In Gallery
BIO Greg Stejskal
Greg Stejskal was in the FBI for 31 years and retired as agent in charge of the Ann Arbor, Michigan, office. Stejskal was the case agent on a 1985 bombing that targeted University of Michigan Professor James McConnell and investigated Kaczynski's time at Michigan as a graduate student.

Greg Stejskal was in the FBI for 31 years and retired as agent in charge of the Ann Arbor, Michigan, office. Stejskal was the case agent on a 1985 bombing that targeted University of Michigan Professor James McConnell and investigated Kaczynski's time at Michigan as a graduate student.