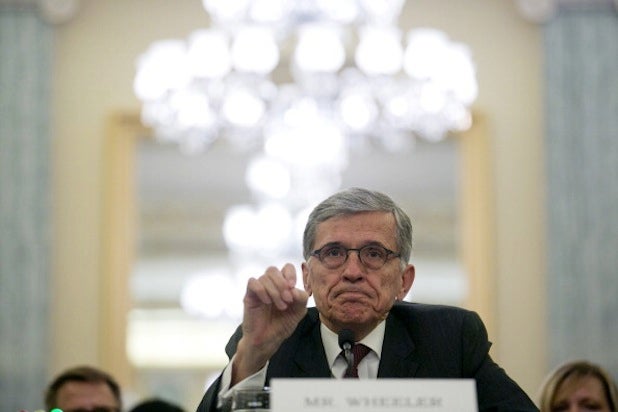 FCC Chairman Tom Wheeler said on Thursday that he will propose strong open Internet guarantees next week that include bans on discrimination practices by Internet service providers (ISPs).

“I will propose new open Internet protections that do not allow blocking, throttling, paid prioritization and any other discriminatory practice, while also establishing a sustainable structure to address broadband issues in the future,” Wheeler told reporters at a news conference that followed an FCC meeting.

“The FCC is the public’s representative in the broadband revolution. We will use every tool in the agency’s toolbox to build a better broadband future and to make sure that the Internet stays fast, fair and open for all Americans.”

Wheeler declined to provide significant details of the proposal, which the FCC is due to vote on Feb. 26.

“We are still working on the process. Nothing has been decided,” he said.

He added that the agency and Congress face significant questions about the Internet’s future.

Wheeler’s comments came on the same day the FCC took a step toward redefining broadband that could hurt the chances for approval of Comcast’s deal for Time Warner Cable.

The FCC boosted the Internet speed minimum for the country on Thursday, deciding that starting immediately it would look askance at connections that don’t provide at least the 25 Megabit download speeds needed to easily view videos and conduct normal Internet browsing.

Until Thursday the FCC had considered the 4-Megabit standard set in 2010 as “high-speed.” Consumer groups and some tech groups have been urging the agency to raise that standard, claiming it led to overly optimistic reports about U.S. Internet speeds.

In raising the minimum speed for Internet connections, the FCC report cuts the number of consumers who have choice over high-speed broadband carriers. It would mean that the combination of Comcast and TWC would give Comcast more than half of the nation’s broadband service meeting the minimum. Consumer groups and some opponents of the merger have urged the FCC and the Justice Department to reject the merger, saying that it would give the company too much power.