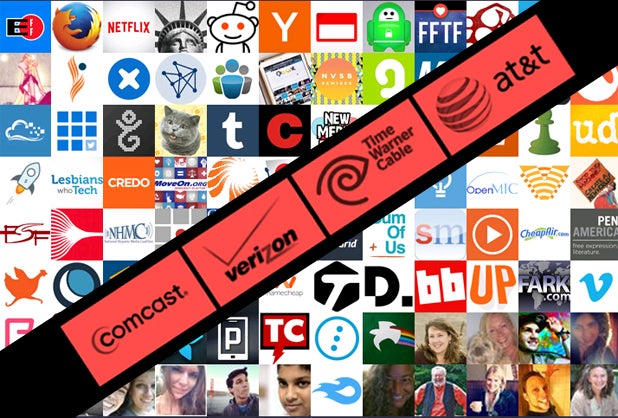 Capping a historic fight, the FCC is slated to enact net neutrality on Thursday, pleasing not only consumer groups, but entertainment producers and unions who say the move will preserve the Web as a growing alternative to cable for showcasing their works.

FCC commissioners are expected to cast a 3-to-2 party-line vote to enact FCC Chairman Tom Wheeler’s proposal that will ban Internet service providers from blocking, throttling or using paid prioritization to give their own content or that from favored providers any competitive advantage either for wired or mobile connections.

Siding with President Obama, the FCC majority is boosting its chances to sustain the regulations through expected court challenges by terming Internet connections “common carrier services,” a move that lets the agency cite its long history of regulating such services. The FCC had considered Internet services as “informational services,” and the switch to common carrier regulation has enraged Republicans who warn it could hurt Internet investment, create new uncertainty and make the U.S. less competitive in the Internet economy. They are also angry about President Obama’s role in pushing FCC action.

House Energy and Commerce Chairman Fred Upton, R-Texas, on Wednesday accused the FCC of moving forward to “greenlight rules that rely on outdated utility-style regulations to govern the Internet.

“This approach brings with it a host of consequences that have the potential to disrupt the Internet we have come to know and rely on,” he said.

Senate Commerce Committee Chairman John Thune, R-S.D., made clear that whatever the FCC vote, his fight for a legislative alternative isn’t over.

“Any claims that Republicans have conceded or surrendered to the Obama administration’s power grab of the Internet through FCC action is a mischaracterization of our ongoing efforts,” he said. “One way or another, I am committed to moving a legislative solution, preferably bipartisan, to stop monopoly-era phone regulations that harm Internet consumers and innovation.”

Net neutrality supporters, meanwhile, celebrated even as they awaited final details about the final elements of the FCC’s action.

“We are about to declare our greatest victory,” said Sen. Ed Markey, D-Mass. “Chairman Tom Wheeler and the entire FCC are on the right side of history.”

Not yet clear is how long  the net neutrality victory will stand.

Net neutrality’s ultimate fate could rest on the outcome of legal challenges expected from Internet service providers, attempts to get congressional action and the results of the 2016 Presidential race.

Former GOP Congressman Rick Boucher testifying to the House Energy and Commerce Committee Wednesday and urging Congress to move forward on legislation warned that without it a new Republican administration could quickly reverse any FCC action.

Boucher said a Republican-led FCC would be unlikely to appeal an adverse court decision or move to institute new rules and might even go farther.

“It is very likely to move quickly to reverse [the] decision even if it survives court determination,” he said.

Entertainment industry expressed expressed hopes about the impact of the net neutrality decision, even as they cautioned that they had yet to see the full details of what the FCC did. On Wednesday FCC commissioners were still working on exact language on how net neutrality would apply in situations where service providers arguing they provide interconnection services, seek fees from Netflix and other big content providers.

Netflix in its own Tweet on Wednesday supporting the efforts of Battleforthenet.com to deluge the FCC with additional comments said “What if the Internet was so slow it loaded one word at a time? Don’t let Comcast win.” The Tweet had each word on a different line.

Neal Sacharow, director of communications for the Writers Guild of America West, told TheWrap that net neutrality will provide benefits to the creative community.

“By reclassifying Internet access, the FCC is ensuring that the creative community will continue to see more and more opportunities to create new and diverse content and find audiences here in the U.S. and around the world for their works,”  he said.

“The concern going in was that broadband providers had too much power to control who had access and there were no guidelines,” Prewitt told TheWrap.

She added the biggest issue, which predated Netflix, was that absent conduct guidelines broadband providers would have too much power to slow down, block or charge additional fees that could sideline rival content providers who wanted to reach their broadband customers.

“We want it so we can all compete fairly for eyeballs,” she said.

She said that, if the FCC’s final order sticks to the expected broad open access provisions, she would expect to see the fast growth in new services and content for the web continuing, rather than a radical change.

“The whole point of the Internet is there is something new every day. We are all conscious of the number of startups. This will preserve the right to innovate and create new formats,” she said.