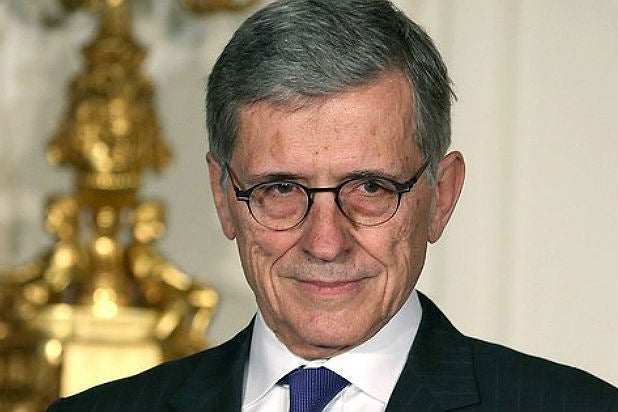 The FCC on Friday took the first step toward making the delivery of cable TV packages over the Web an alternative to traditional cable, a move that could revive Aereo and vastly increase competition for traditional cable and satellite providers.

In a long awaited move, the FCC proposed to redefine the term “multichannel programming distributor” and asked for public comment about the change. The notice asked for help in determining how it should redefine its traditional definition of cable systems for the Internet age in a way that would provide deliverers of online video programming some of the same rights for access to programming that traditional cable and satellite companies have.

“Our proposal will mean more alternatives for consumers beyond the traditional cable or satellite bundle, including giving consumers more options to buy the programming they want,” said FCC Chairman Tom Wheeler in comments he filed as part of the FCC’s vote.

The redefinition targets the difficulty companies that want to offer packages of cable channels over the Web have in competing against traditional cable systems. While FCC rules guarantee traditional systems the rights to fair negotiations for entertainment, news and local sports channels — over the top providers currently have no similar protected rights.

The lack of protection was one of the issues in Aereo’s fight to recover after a devastating Supreme Court decision barred the company from its original plan of offering content over the Web using small antennas. Aereo, without any protected right to content, had trouble negotiating for access. Sky Angel, another potential over the Web provider, reported similar problems.

Wheeler in his comments said Friday that the Internet opens up numerous opportunities for new competition to cable and satellite services, including the possibility of letting viewers choose the channels they want to receive. He said prospective completion has been stymied because new video services couldn’t get access to cable networks or broadcast competition.

“Big company control over access to programming should not keep programs from being available on the Internet. Today, we propose to break that bottleneck,” he said.

Some other FCC commissioners weren’t quite as positive.

FCC Commissioner Michael O’Reilly called the move “particularly puzzling” and said the vibrant state of competition on programming doesn’t need any interference from the FCC.

“The Internet — and online video in particular — has grown to where it is today outside of our regulatory clutches, and the FCC trying to jump into this space now, especially without clear direction provided by the Congress, is highly questionable,” he said in his comments. As a government agency with little-to-no authority over the Internet, the best thing that the commission can do is not get in the way.”

In starting to look at the possibility of delivery of cable packages over the Web, the FCC faces a number of thorny issues. Besides question about the responsibility, Web providers have to deliver local channels, local news, public events programming and local public affairs channels, the FCC also could have to weigh whether Web providers and adequately can ensure any local channels can’t be seen elsewhere.

The National Cable and Telecommunications Association in a statement said it does not believe the notice’s tentative conclusion that action by the FCC to rewrite its rules is warranted, but will work with the FCC to ensure that any rules changes are fairly applied to all providers of cable channels.