“Fear the Walking Dead” Season 4 has some surprises in store, and it all has to do with figuring out who the new baddie will be.

“I like the way we’re re-examining what a villain is,” star Colman Domingo told TheWrap in an interview ahead of the Season 4 premiere on Sunday. He said that even the Clark family and company could be seen as the bad guys if viewed from a different perspective.

“I think that… if you’re following the villain’s point of view to the story, and their way into our community, we could be seen as the villains,” Domingo said.

Also Read: 'Fear the Walking Dead': Get Your First Glimpse of Morgan in Season 4 Trailer (Video) “Yeah, you might be surprised who the villains are this season,” cast newcomer Garret Dillahunt added.

“In our world, there’s no such thing as being a villain,” Danay Garcia (below) said. “It’s the apocalypse.”

Of course, the buzziest news around Season 4 is the addition of  “The Walking Dead” star Lennie James to the cast. Garcia said it was “really exciting” to see the fan-favorite Morgan join the “Fear” universe. But Morgan isn’t the only new addition: Dillahunt’s John will also play a recurring role, as will Maggie Grace’s Al and Jenna Elfman’s Naomi.

Also Read: 'Fear the Walking Dead' Season 4 Is 'Absolutely Something That New Fans Can Jump Right Into' 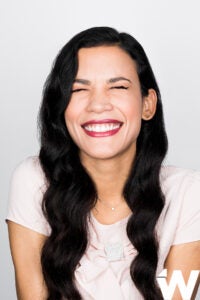 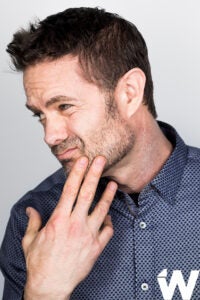