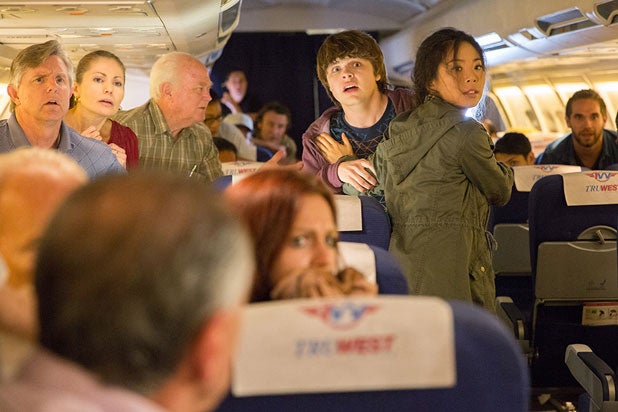 Debuting the same day as the main series’ finale on Oct. 4, “Fear the Walking Dead: Flight 462” follows a group of airplane passengers at the dawn of the outbreak.

As the 16-episode spinoff of a spinoff unfolds, the group deals with the threat posed by an infected fellow passenger, with one of its characters slated to join the second season cast of “Fear the Walking Dead.”

Each installment will clock in at less than a minute in length, releasing each Sunday for the duration of the series. The debut episode will then air as promos during “The Walking Dead’s” season 6 premiere on Oct. 11.

In August, AMC’s stated plan was to air the story as a half-hour special.