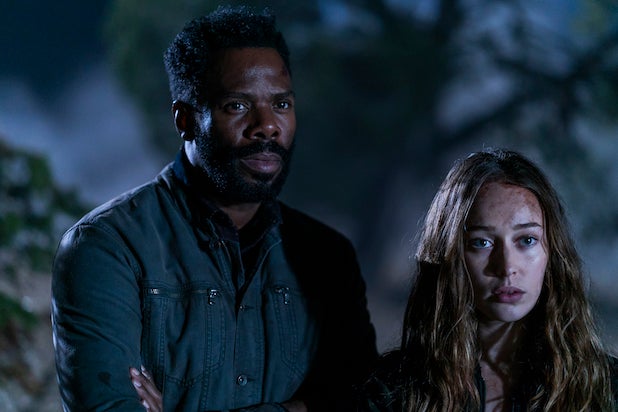 All the timeline jumping back and forth in “Fear the Walking Dead” Season 4 is about to make a lot more sense, according to star Colman Domingo.

In fact, the two timeline structure will end in the midseason finale, and Domingo says that the reason he, Alicia (Alycia Debnam-Carey) and Luciana (Danay Garcia) are so “vicious” in the second timeline “will come to the light.”

“It is a groundbreaking episode,” Domingo told Entertainment Weekly of the midseason finale. “A lot has been going on with all of the time jumps and now we’re going to come to a culmination of all the reasons why the story had to be told in that way — why Alicia, Luciana, and I are as vicious as we are. All the reasons will come to the light.”

“I think it’s a nice, tricky conceit where you probably meet our characters one way, and you have to figure out how they got that way,” Domingo told TheWrap in an interview before Season 4 premiered, when discussing the different ways time is used this season to tell the story. Now’s the time to figure it out.

Domingo added in the EW interview that when he watched the episode, he “had an ugly cry.”

The midseason finale of “Fear the Walking Dead” airs Sunday, June 10 on AMC.