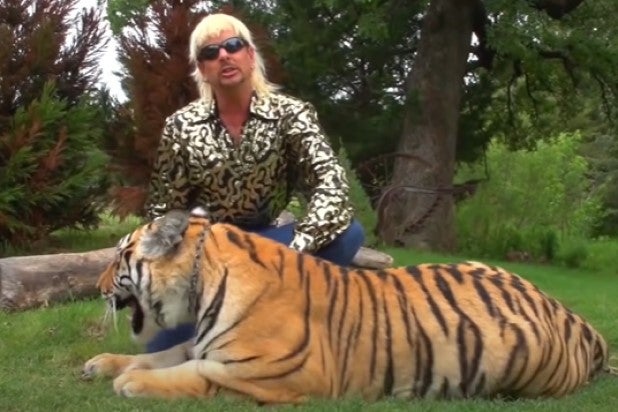 The cultural phenomenon surrounding “Tiger King” has renewed the conversation around animal abuse in media. And one bill making its way through the California state legislature has led to an unexpected conflict between PETA and the Motion Picture Association.

The bill, SB 1175, would ban the possession of commonly hunted species like the tigers Joe Exotic kept and that were featured in his digital video series, as well as the Netflix documentary “Tiger King.” The bill passed the California State Senate 29-8 back in June and is now being considered by the state assembly.

“California must not be complicit in the brutal wildlife trafficking that threatens our public health and undermines our values,” said bill author Sen. Henry Stern said upon its passing. “SB 1175 is our chance to be global leaders by cracking down on this brutal trade with the power of the world’s fifth-largest economy. We’re one step closer to that reality today.”

PETA and other wildlife and animal rights groups are pushing for the bill to pass. In an open letter sent to the MPA, PETA slammed the trade organization, saying it is trying to water down the bill to allow loopholes for film and TV productions.

The Motion Picture Association did not immediately respond to TheWrap’s requests for comment.

“This amendment would gut the state’s existing laws by eliminating state permit requirements for anyone who uses various species of wild or exotic animals in film, TV, or digital media production,” wrote PETA SVP Lisa Lange. “If the MPA has its way, animal abusers such as Joe Exotic — who produced his own show on YouTube — might be able to operate without state oversight.”

SB 1175 has passed committee and is expected to come to a full vote by the State Assembly in the coming weeks. If passed, it would go to Gov. Gavin Newsom for potential signing into law. A version of the bill passed the state legislature in 2018 but was vetoed by then-Gov. Jerry Brown, who said that the law would be costly and difficult to enforce.