A federal appeals court in Louisiana put a temporary hold on Joe Biden’s safety requirements that companies with more than 100 employees must get vaccinated for COVID-19 by early January, according to the New York Times.

The mandate won’t take effect until January, but several Republican-led states have already challenged the rules.

The Court of Appeals for the Fifth Circuit granted a temporary stay to a joint petition that several businesses, religious and advocacy groups had filed in court, and the court argued that the Biden administration overstepped its authority. 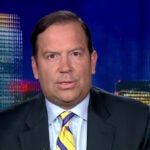 The mandate was first announced in early September, but — not kidding — for some reason the Biden administration didn’t get around to explaining how it worked and when it would take effect until this week. It is intended to take effect in January, which for those keeping score is more than a year after vaccines became available.

If it survives this court challenge, a big if considering the makeup of the current Supreme Court, the mandate will apply to approximately 84 million workers.