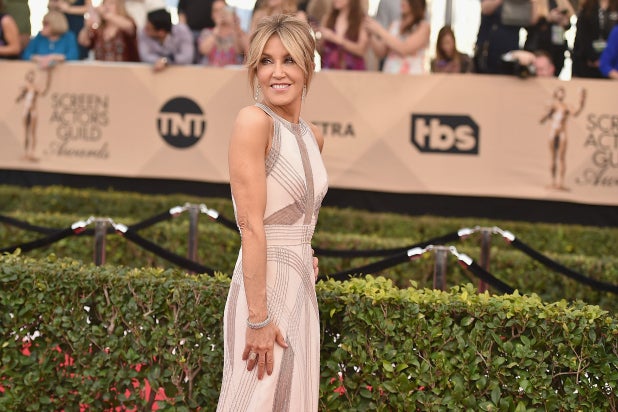 Netflix has pushed the release date for “Otherhood,” its comedy starring Felicity Huffman.

The film, which also stars Patricia Arquette and Angela Bassett, follows three suburban moms who feel forgotten and unloved by their sons travel to New York City to visit them.

The news comes just a day after Huffman said she would plead guilty to the charge against her in the college admissions cheating case. Huffman faced one count of conspiracy to commit mail fraud and honest services mail fraud, which comes with a maximum sentence of five years in prison.

Huffman also appears in Ava DuVernay’s Netflix mini-series “When They See Us,” based on the true story of the Central Park Five in which five teenagers of color were convicted of a rape they did not commit.

That series is still expected to launch on Netflix on May 31. Huffman plays Linda Fairstein, the former head of the sex crimes unit in the Manhattan D.A.’s office.

Huffman, along with “Full House” actress Lori Loughlin, were arrested last month as part of a nationwide college admissions cheating case. In total, the people arrested were charged with paying bribes of up to $6 million to get their children into top universities like Yale, Stanford, Georgetown and USC in what authorities described as the “largest college admissions scam ever prosecuted by the Department of Justice.”

According to court papers, in addition to Huffman, 12 other people will plead guilty to the charges against them brought by the FBI from Operation Varsity Blues.

Loughlin, who was charged with the same count as Huffman, was not among the parents who pleaded guilty on Monday, but was indicted on Tuesday.

According to an affidavit, Huffman and her spouse — “Shameless” star William H. Macy, who was not identified by his name or charged in the affidavit — made a charitable donation of $15,000 “to participate in the college entrance exam cheating scheme on behalf of her oldest daughter.”

Huffman continued that her daughter had no involvement in the scheme. “My daughter knew absolutely nothing about my actions, and in my misguided and profoundly wrong way, I have betrayed her,” she said.