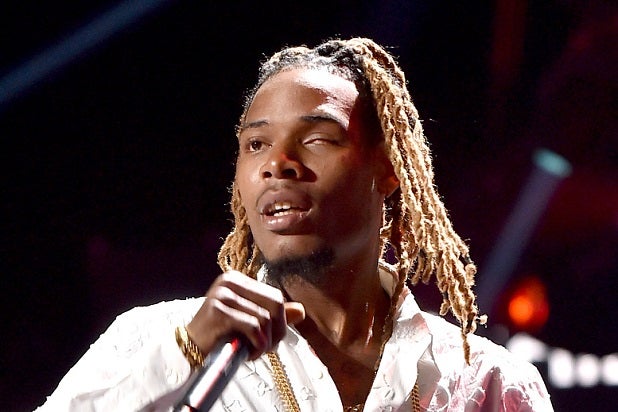 Fetty Wap is on the mend after suffering a serious motorcycle accident over the weekend.

The rapper, who was injured during an accident in his hometown of Patterson, New Jersey, on Saturday, took to Instagram on Sunday to thank his fans for support and to give a status update on his condition.

“I appreciate all my fans praying for me,” the seemingly groggy rapper says in a video posted to his Instagram account. “I had a little accident but I’m straight. I mean, I broke my leg in three places, but I’ll be alright. I really appreciate you all for real, though.”

The video was accompanied by the message, “Appreciate Ya so much for the prayers … they told me don’t make a video but I’m still breathing so I gotta let ya no I’ll be back.”

According to TMZ, the rapper — real name: Willie Maxwell — was injured when he attempted to pass a car but failed to see another vehicle coming from the opposite direction, resulting in a collision.

Watch the rapper’s message to fans below.