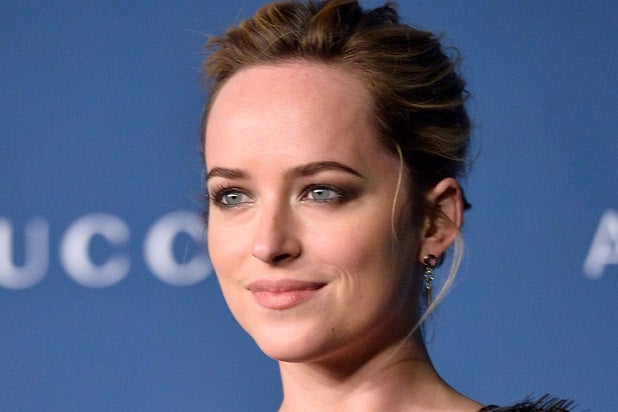 In a video accompanying her interview in the March issue of Vanity Fair, the 24-year-old actress reveals that getting ready for the role has entailed a lot of reading — which, she says, can be “kind of boring.”

Asked what kind of mental preparation she’s had to do, Johnson noted, “A lot of getting into the character’s head, Ana’s headspace, kind of before she meets Christian. So it’s a lot of reading, which I love, but she’s an English major, so that’s kind of boring.”

Preparation for the role might not be a thrill ride at all times, but the performance promises to be racy — and Johnson, the daughter of actors Melanie Griffith and Don Johnson — told the magazine that she’s reluctant to discuss the details of the role with her famous parents.

“I think that I would love to have them experience it with me, but I can’t really do that, just because of what it entails,” Johnson notes. “I talk to them more about problems with my landlords. That’s my talking point with my family.”

Watch a video of Johnson talking “Fifty Shades” below.