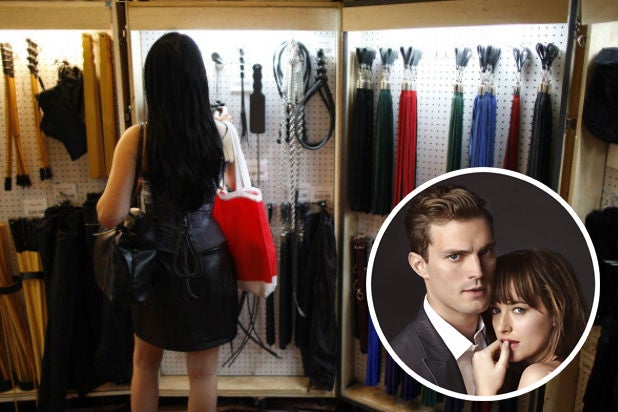 The “Fifty Shades of Grey” effect knows no bounds — not even for the gags, restraints, ticklers and toys its helping move in sex shops across the country.

Also Read: Jamie Dornan Tucked His Junk ‘Like a Little Bag of Grapes’ for ‘Fifty Shades of Grey’

“In more than twenty years of business, I’ve never seen a cultural force like this,” Claire Cavanah, co-founder of Babeland, told TheWrap.

Some clientele haven’t even seen the movie, but their significant others have sent them out to purchase gear for exploratory fun.

“I just had a woman whose boyfriend went to see it and now he wants to try, she bought an outfit, a cane, blindfolds and french tickler,” the rep said. And given that the film has inspired a rush of purchasing, it’s done the same for instructional material and what to do with those whips and chains.