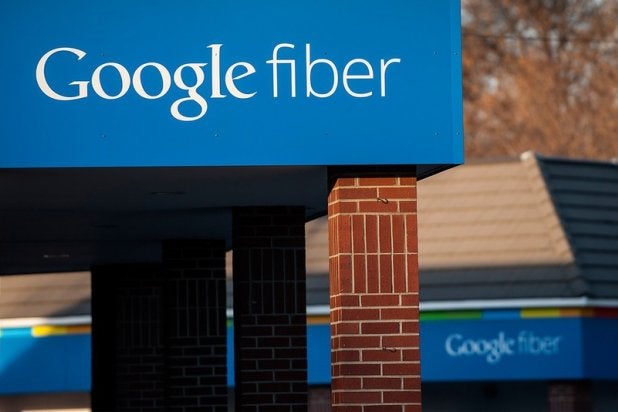 While many consumers are excited about the prospect of Google Fiber’s blazing fast Internet speed promises, Hollywood studios are purportedly nervous enough to have backed a survey into the potential connections between Google Fiber and piracy two years ago.

The 2012 survey conducted on behalf of Warner Bros. and Sony Pictures Entertainment revealed a dramatic increase in potential piracy thanks to the speed and convenience of Google Fiber, according to a report TorrentFreak claims to have received. Representatives for WB and SPE have not yet responded to TheWrap’s request for comment.

The website posted slides purportedly from the presentation accompanying the findings of the survey, which featured respondents from Kansas City — where Google Fiber launched — and St. Louis, serving as a control group.

Among the more than 2,000 persons questioned, approximately one third of respondents identifying as pirates indicated they would download or stream more, according to the report, while one quarter of respondents who would be considered non-pirates said they would start if and when Google Fiber became available in their community.

Also Read: Google Reveals How it Fights Piracy and Generates Revenue for Hollywood

As detailed on one slide, the most popular reason for pirating films and television shows is because of fast Internet speed. As of now, Kansas City is one of only three cities with Google Fiber available, along with Austin, Texas and Provo, Utah, with nine more listed as “potential Google Fiber cities” on the company’s website.

The report estimates the potential financial losses of this increased piracy could rise to $2.7 billion, an increase of more than $1 billion annually, should Google Fiber continue its expansion nationwide.

TorrentFreak pointed out that the same survey’s results conclude that 39% of respondents would use paid streaming services more and that 34% of respondents said they would rent or purchase more online video content, but the analysis doesn’t break down how much additional revenue this might generate.