Despite the wave of COVID-19 infections in January thanks to the Omicron variant, FilmLA reported a record number of shooting days in the first quarter of 2022.

In FilmLA’s latest quarterly report, 9,832 shooting days were reported between January and March, topping the Q1 record of 9,725 shooting days in 2016. Driving this increase was shooting for reality and drama television shows, including “Basketball Wives,” “American Horror Stories,” and “The Flight Attendant.” TV dramas accounted for 1,279 shooting days — 8.6% above the five-year average — while reality shows surged to 2,600 shooting days. 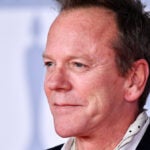 Though the rate of film and TV production was slightly lower than what was seen in Q4 of 2021, the surge in production has still largely continued after the slow but steady resumption of production in September 2020 with the creation of the Return to Work Agreement that governs COVID-19 safety rules.

FilmLA President Paul Audley observed that there was concern that rises in Omicron cases would have led to a voluntary pause in production similar to the one implemented throughout Hollywood in January 2021. However, FilmLA found that “with strong protective protocols in place, the industry was in a good position to weather the post-holiday Omicron surge.”