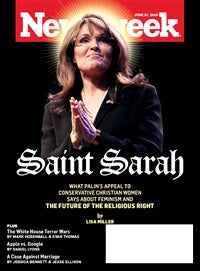 Final bids are due at 5 p.m. ET Thursday in the Washington Post Company’s sale of Newsweek.

A quick FAQ on where the process stands:

>> Sidney Harman, husband of Rep. Jane Harman (D-Calif.), whose plan is to “keep Newsweek as a traditional newsmagazine.”

>> OpenGate Capital, the company that in 2008 famously acquired TV Guide for $1.00, less than half the cost of a single copy of the magazine.

>> Avenue Capital, yet another hedge fund, according to Business Insider.

>> Newsmax Media, the conservative magazine publisher that was bidding for the newsweekly, is out.

"Newsmax Media made a serious bid to acquire Newsweek, which we believe is an extraordinary publishing property with great potential as both a print and online product. We will not be participating in the final bid process, but the company remains committed to its long-term objective to diversify and expand into numerous distinct media brand offerings."

>> Thane Ritchie, an Illinois hedge fund manager who was going to use his own funds to acquire Newsweek, is out, according to the New York Times.

>> Philip Falcone, head of another hedge fund, Harbinger Capital, is out too.

>> Bloomberg LP. While they haven’t publicly expressed interest for Newsweek, a source with knowledge of the bidding process said, “don’t be surprised if Bloomberg gets involved” before it’s said and done. Last year, Bloomberg successfully entered the fray late in the BusinessWeek sweepstakes, and wound up acquiring the magazine.

Earlier this month, there were said to be as many as 12 suitors for Newsweek. It’s unclear how many will submit a final bid by 5.

The Washington Post has not revealed an asking price, according to a source with knowledge of sale discussions with potential bidders. Instead, they’re looking for buyers to set it – which is not unusual, considering the magazine has lost more than $41 million since 2007, $28.1 million last year and $2.3 million during the first quarter of 2010.

The steep losses also prevent the people who look at these deals from coming up with a multiple to guide them.

"When you're losing that kind of money," one M&A source said last month, "the norms go out the window."

When’s this gonna be over?

According to Folio, an “announcement concerning a winner bidder for Newsweek isn’t expected for at least several weeks.”