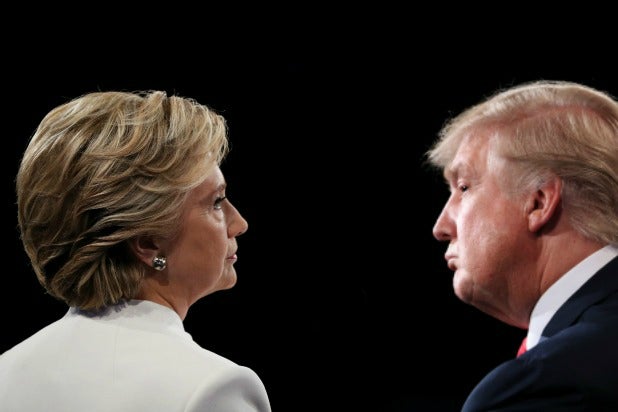 The final presidential debate between Hillary Clinton and Donald Trump got heated when a conversation about Trump’s ties to Russia resulted in the candidates calling each other puppets.

Clinton said that Russian President Vladimir Putin supports Trump because, ‪”He’d rather have a puppet as president of the United States.”

Trump shot back, “No puppet, no puppet. You’re the puppet.”

The Clinton campaign has tied recent WikiLeaks to Russia.

“You are clearly quoting from Wikileaks and what is important is the Russian government has engaged in espionage against America,” Clinton said to moderator Chris Wallace, when he cited one leaked document.

Democrats say that Putin wants Trump to win the election because it would give Russia an upper hand.

“I don’t know Putin. He has said nice things about me,” Trump said. “He has no respect for her, no respect for our president and we are in serious trouble.”

That’s when the “puppet” accusations began. It’s 2016, so Twitter went crazy, of course.

Also Read: 5 Things Chris Wallace Needs to Do in the Final Presidential Debate

Guys they are both puppets pic.twitter.com/UtIe36glm8

This debate is offensive to puppets, but that's none of my business… #debatenight pic.twitter.com/poASmHt20F

Let's not kid ourselves.

You are all my puppets. #debatenight

We just threw away all of our feelings puppets. #debatenight

Trump puppets. Coming to a store near you. #DebateNight