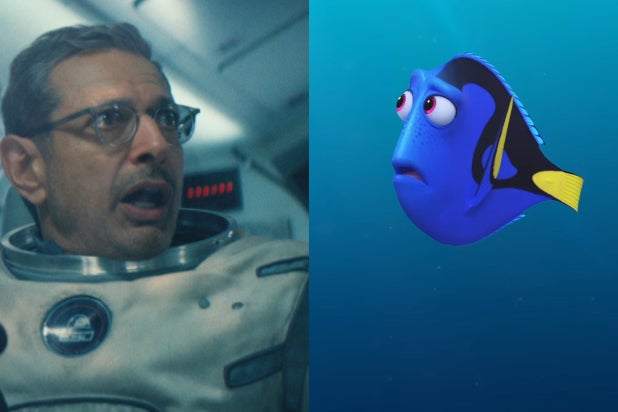 As 20th Century Fox’s “Independence Day: Resurgence” prepares to land on 4,067 screens this weekend — 20 years after the original stormed theaters — the sequel is sizing up to open to nearly the same figure it did the first time around: $50 million.

Accounting for inflation, that’s not great. Especially given the original’s production costs of $75 million compared with an estimated $165 million this time around.

While that’s not chump change by any means, experts expect “Resurgence” to rake in approximately the same weekend haul.

Given that tracking has Disney-Pixar’s record-breaking “Finding Dory” swimming past $60 million this upcoming weekend — its second in theaters — Fox’s big-budget apocalypse sequel would have to pull a rabbit out of its hat to hit No. 1.

Meanwhile, STX Entertainment’s Matthew McConaughey drama “The Free State of Jones” is expected to underperform. The Civil War-era movie about Newton Knight’s armed rebellion against the Confederacy should come in above $10 million from 2,815 screens. It was made for $50 million.

Reviews are still rolling in on the film, written and directed by Gary Ross (2012’s “The Hunger Games”), but its current Rotten Tomatoes score is an abysmal 0 percent.

Columbia Pictures’ surfer thriller “The Shallows” should ride away with a respectable $9 million, given it’s $17 million project budget. It’s being distributed by Sony.

Starring Blake Lively as a surfer and would-be shark chum, the low-budget PG-13 film is directed by Jaume Collet-Serra, whose 2009 “Orphan” reflected his foray into Hitchcockian suspense.

Both new wide releases, “Shallows” and “Jones,” will struggle to enter the top five, competing against strong return performers, including “Central Intelligence” and “The Conjuring 2.”

“Independence Day: Resurgence,” again directed by Roland Emmerich, features much of the original cast, including, Jeff Goldblum, Vivica A. Fox, and Bill Pullman, along with new addition Liam Hemsworth.