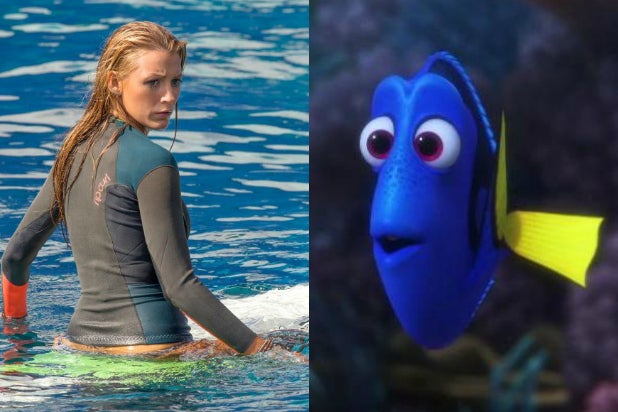 The animated feature, which broke records during its debut last weekend, came in ahead of 20th Century Fox’s “Independence Day: Resurgence,” which grossed $41.6 million from 4,066 theaters, well under expectations.

The original “Independence Day” was produced for $75 million. The 1996 original went on to become the No. 1 movie of the year and earned $817 million worldwide. It opened to $50 million on the July 4th weekend that year, and the sequel was expected to hit the same number this year.

The big differences this time around: inflation, the fact that “Resurgence” was made for $165 million, not counting marketing costs, and Will Smith did not reprise his role. Though $102 million in overseas grosses — and counting — should keep the sequel from going into the red.

“Resurgence” currently holds a score of 33 percent on Rotten Tomatoes and a B CinemaScore — indicating somewhat low audience anticipation among those surveyed.

“Independence Day: Resurgence,” again directed by Roland Emmerich, features much of the original cast, including, Jeff Goldblum, Vivica A. Fox and Bill Pullman, along with new addition Liam Hemsworth.

“The Shallows,” starring Blake Lively as a surfer and would-be shark chum, swam to a solid $1.33 million at the Thursday previews — the first indicator it was pacing strongly. But Friday’s returns of $6.9 million are what got everyone’s attention — as the film was expected to gross between $7 and $9 million for the entire weekend.

The low-budget PG-13 shark attack thriller was made for $17 million. It is directed by Jaume Collet-Serra, whose 2009 “Orphan” reflects his foray into Hitchcockian suspense. “The Shallows” has a 74 percent Rotten Tomatoes score and a B+ CinemaScore.

“Free State of Jones,” starring Matthew McConaughey, was expected to come in just above $10 million from 2,815 screens. The Civil War-era movie, about Newton Knight’s armed rebellion against the Confederacy, was made for $50 million.

Reviews are currently at 40 percent on Rotten Tomatoes and it has a solid A- CinemaScore.

Nicolas Winding Refn‘s horror film “The Neon Demon” also opened, via Broad Green and Amazon. The film, starring Elle Fanning as an aspiring model in Los Angeles, had its world premiere at Cannes Film Festival and came in at $606,594 from 783 locations.

Opening the specialty box office, A24’s offbeat drama “Swiss Army Man” boasted the the highest per screen average of the summer ($38,000) on three screens in New York and Los Angeles for a total weekend gross of $114,000. Starring Daniel Radcliffe as a farting dead man, the film revolves around Paul Dano‘s character’s dealings with his newfound corpse as both forge a path to survival in the wilderness.