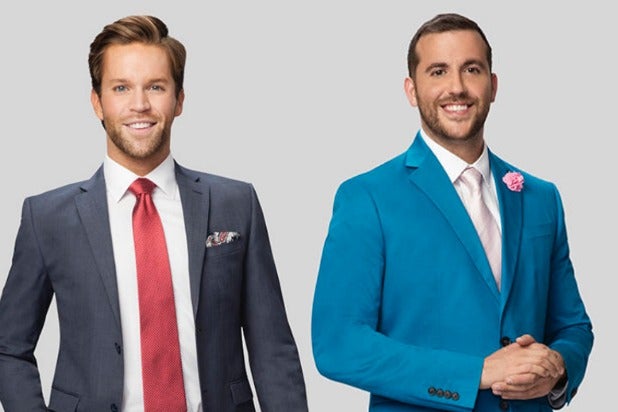 A contestant on Logo TV’s dating competition “Finding Prince Charming” — casually called the “Gay Bachelor” by some fans — offered a long mea culpa after lashing out at a fellow contestant for acting too flamboyant.

“My mom always preached to my siblings and me growing up to ‘Never judge a book by its cover,'” contestant Sam wrote on Logo TV’s site NewNowNext. “Unfortunately, on tonight’s premiere episode, I did just that.”

Sam goes on to say that when he “first saw Robby walk into the house, I was definitely a bit caught off guard. Clearly, I don’t have the best ‘poker face,’ and you definitely saw that in my initial reaction.”

In the first episode of “Finding Prince Charming,” which premiered Thursday, Sam confronted fellow contestant Robby over being a bit over the top. The mocking of Robby, a 26-year-old beauty expert, ignited a discussion about internalized homophobia.

In an interview with TheWrap earlier this week, show creator Brian Graden said: “I would never do anything that perpetuated stereotypes that I thought were destructive. What happened was the honest reaction and we thought it was important to explore.”

Sam writes that he initially thought Robby was “just putting on a show for the cameras and seeking attention,” adding that as “an outspoken Italian” he went “straight to the source” by asking Robby “if he was for real.”

Robby, who has by far the sharpest tongue among the contestants, didn’t miss a beat, calling Sam “beige.”

Sam stressed that this was not “an attack nor a war between Masculine and Feminine (as some outlets have reported). I was simply questioning Robby’s authenticity. Were his dramatic entrance and demeanor more for show?”

Sam ends his essay by saying: “As it turns out, what you see with Robby is what you get. He’s as real as it gets, and I think even he would admit that he loves the camera as much as I do! Hell, maybe I was even a tad jealous that he made a grand entrance.”

He says he “apologized to Robby and he accepted my apology.”

And you thought reality shows were nothing but trash…