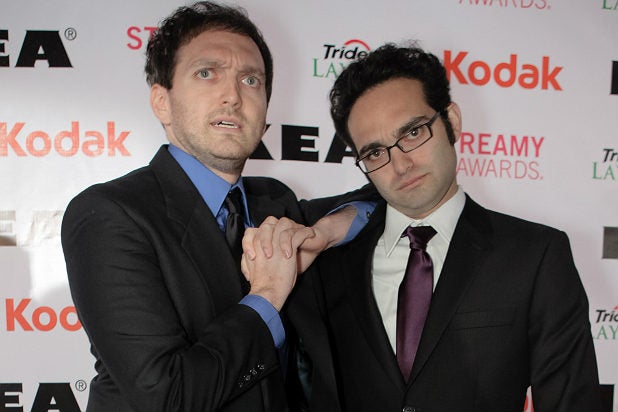 Benny and Rafi Fine, better known on YouTube as The Fine Brothers, are making a new TV show for Nickelodon with Nick Cannon, according to individuals with knowledge of the deal. The show will be based on the Fine Bros.’ popular “React” YouTube series, in which people respond to various viral videos.

It is one of the Fine Brothers’ most successful properties on YouTube, where the brothers have a few different successful channels that belong to Fullscreen’s network. “React” started with “Kids React”  in 2010, and the popularity of that show spawned ‘Teens React,” “Elders React” and “YouTubers React.”

The Fine Brothers and Cannon’s Ncredible Entertainment have already filmed a pilot of the new show, which will be called “React to That.”

As TheWrap first reported, the Fine Brothers signed with WME last November to help grow their business beyond their robust YouTube presence. Unlike most popular YouTubers who excel in front of the camera, their strength is behind it. They are writers and directors in the mold of television showrunners.

“We consider our main channel like a TV network and all the staple shows should be in one place,” the Fine Brothers told TheWrap before the launch of the second season of their show “My Music.”

“The hit shows build off each other and our main channel is the hub where all this stuff lives.”

Now they are getting a crack at TV. Cannon and Ncredible are represented by ICM Partners.

The news was first reported by VideoLink.

For the record: An earlier version of this story said that Nickelodeon picked up 13 episodes. Nickelodeon has yet to greenlight the show, though it did make a pilot.