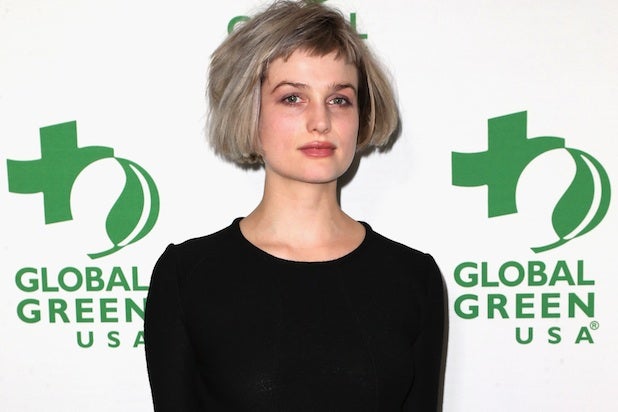 USA Network has cast singer-songwriter Alison Sudol, aka A Fine Frenzy, in a series regular role on its upcoming six-episode event series, “Dig.”

From co-creators and executive producers Tim Kring (“Heroes”) and Gideon Raff (“Homeland”), “Dig” stars “Awake” and “Harry Potter” star Jason Isaacs as Peter, an FBI agent stationed in Jerusalem who, while investigating a murder of a young female archaeologist, uncovers a conspiracy 2000 years in the making.

Sudol will play Emma Wilson, an American intern working on a dig site in Jerusalem. After befriending FBI Detective Peter Connelly (Isaacs), Emma shows him her current worksite, but what Peter finds at the dig site turns into much more than he bargained for.

Aside from working on a new music project due out in 2015, Sudol had a recurring role on the new Amazon series “Transparent” from Jill Soloway. She also recently appeared in the independent film “Other People’s Children.”

From Universal Cable Productions, “Dig” is developed by Keshet, in association with executive producers Gail Berman and Gene Stein of Tecumseh Productions. The event series will premiere later this year.