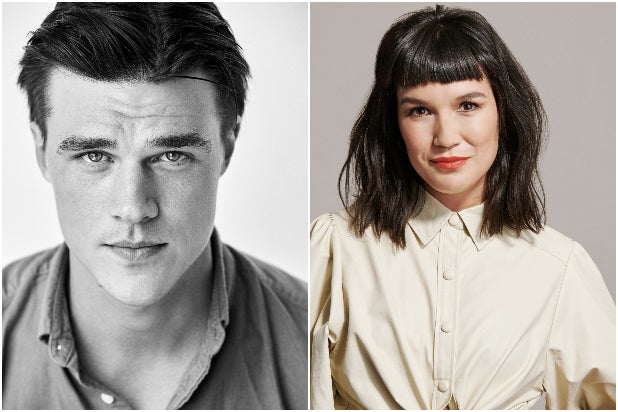 Wittrock and Chao will star alongside Damon Wayans Jr., Casey Wilson, Wendi McLendon-Covey and Jim Rash in a rom-com dashed with some magical realism from writer and director Steve Basilone. Principal photography just wrapped on the project in Los Angeles.

“Long Weekend” is the story of a down on his luck, struggling writer named Bart (Wittrock) and the enigmatic woman (Chao) who suddenly enters his life at the right time. Wayans Jr. and Wilson portray Bart’s always supportive best friends, McLendon-Covey is his pesky landlord, and Rash will play his new boss.

“Long Weekend” reunites Basilone with Wayans Jr. and Wilson, who previously worked together on “Happy Endings.” The director is best known for his work as a writer on shows like “The Goldbergs,” “Community” and “Happy Endings,” as well as his comedy podcast series “Terribly Funny with Steve Basilone.”

Wittrock is a two-time Emmy nominee for his work on “American Horror Story” and “The Assassination of Gianni Versace: American Crime Story.” He most recently starred as Judy Garland’s fifth and final husband in “Judy” opposite Renee Zellweger, and he also was seen in “The Last Black Man in San Francisco” and “If Beale Street Could Talk” in recent months.

Chao is best known as the lead in the Facebook Watch series “Strangers,” which ran for two seasons. She can next be seen in Nat Faxon and Jim’ Rash’s “Downhill” with Will Ferrell and Julia Louis Dreyfus, “Covers” with Dakota Johnson, and the Netflix series “Living with Yourself” with Paul Rudd. She has just signed on as a lead in the HBO Max series “Love Life” with Anna Kendrick.

Below the line, “Long Weekend” was shot by director of photography Felipe Vara de Rey, with Jen Dunlap serving as production designer, Emily Moran as costume designer, Libby Cuenin as editor and Lauren Hillman as composer.