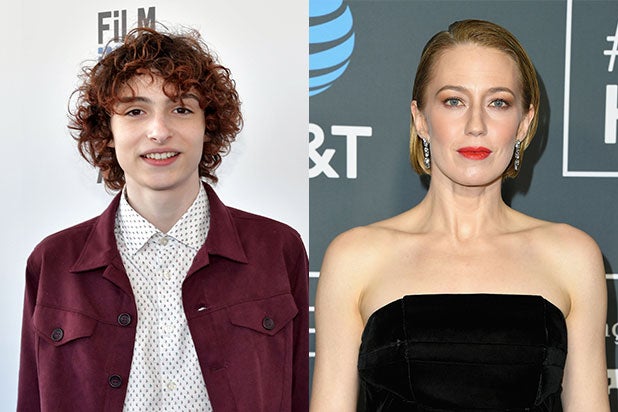 Finn Wolfhard and Carrie Coon are in talks to join the cast of Jason Reitman’s “Ghostbusters,” an individual with knowledge of the project told TheWrap.

Much of the plot remains under wraps, but it follows a single mom and her family. Coon is in talks to play the mom, while Wolfhard would play her son.

Reitman is directing and also co-wrote the screenplay with Gil Kenan. Reitman’s father, Ivan Reitman (who also directed and produced the original film) will produce. The film is expected to go into production this summer and is slated for release summer 2020.

See Video: Ghostbusters Are Back in First Teaser for Jason Reitman's Sequel

It will be the second official sequel following 1988’s “Ghostbusters 2.” The film will have no connection to the female-led 2016 film directed by Paul Feig that starred Kristin Wiig, Melissa McCarthy, Kate McKinnon and Leslie Jones.

Coon most recently starred in “Kin” and “Widows,” as well as the “Fargo” TV series and “The Leftovers.” She is represented by UTA, Foundation Talent Management and Peikoff Mahan.

Wolfhard is best known for his role in Netflix’s “Stranger Things.” His other recent credits include “It,” “Dog Days” and “Carmen Sandiego.” He is represented by CAA, Velocity Entertainment, Jackoway Tyerman Wertheimer Austen Mandelbaum Morris & Klein.

Variety first reported the news. Sony had no comment.