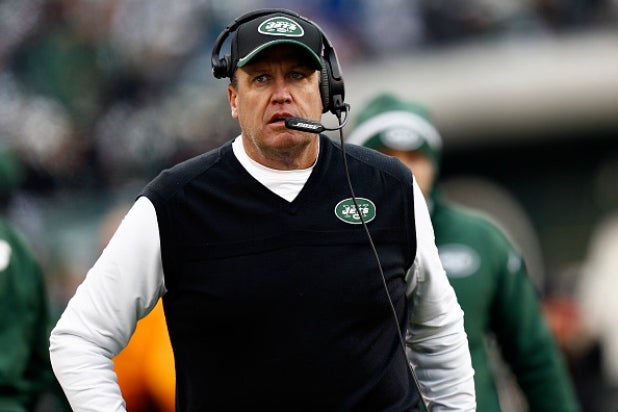 New York Jets head coach Rex Ryan was fired on Monday, but he might be returning to ESPN sooner than fans expected.

The sports network is in talks with the NFL defensive mastermind to bring Ryan aboard as their latest on-air personality and analyst.

While the intention is to fill a full-time, longterm role, an individual with knowledge of the situation told TheWrap that Ryan joining for this postseason and leaving for another NFL coaching gig next season would not be out of the question.

Ryan is reportedly seeking another head coaching role in the NFL — and he is not considered a bad hire, as players love to play for him — although more teams might be interested in the 52-year-old as a defensive coordinator. Ryan has publicly stated that he is not interested in an assistant coaching gig.

Also Read: Michael Sam Reconsiders Decision to Come Out as Gay in OWN Documentary Clip (Video)

Both Ryan and Jets General Manager John Idzik were let go on Monday following their team’s 4-12 season. Under Ryan, the Jets missed the playoffs each of the past four seasons, but he previously led the team to two AFC Championship Games.

This season particularly, the general consensus by those in the know is that Ryan’s team simply did not have the players to compete, and not that the coach was incapable of motivating his squad or game-planning.