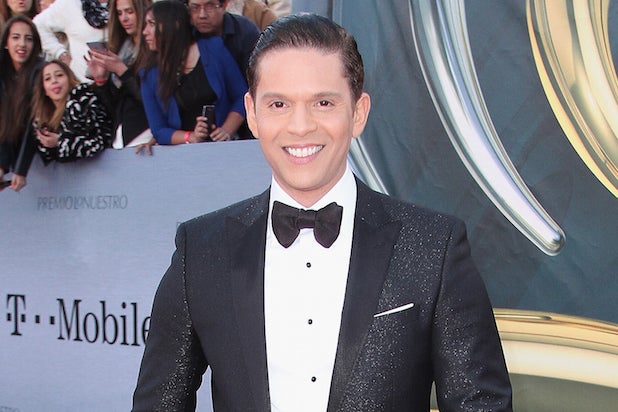 Rodner Figueroa, the fashion reporter for Univision’s “El Gordo y La Flaca,” who was fired for allegedly making disparaging comments about First Lady Michelle Obama on the air, is taking aim at his former employer. Or at least his famed Hollywood attorney, Marty Singer, is.

In a scathing letter to Univision executives, Singer accuses the network of lying about the First Lady complaining about Figueroa’s comments, and says that Univision “falsely painted [Figueroa] as a racist.”

The letter also demands that Univision reinstate Figueroa, who was fired earlier this month, and issue a public apology to him.

“I am writing regarding the outrageous tortious conduct of Univision Networks (‘Univision’), in which Univision defamed my client and falsely painted him as a racist, and publicly lied that the termination of his employment was at the request of the Office of the First Lady, Michelle Obama,” the letter, addressed to Univision Communications president and CEO Randy Falco, Univision Networks vice president Fabrizio Alcobe and others, reads. “Univision’s ignominious actions have caused irreparable injury to his reputation and career, for which the network will be held fully accountable.”

Figueroa was fired after a segment on the March 11 episode of “El Gordo y La Flaca,” during which he and other show personalities discussed a video in which makeup artist Paulo Ballesteros transforms himself to look like Mrs. Obama.

“Michelle Obama looks like part of the cast of ‘Planet of the Apes,'” Figueroa said during the segment.

However, Singer’s letter asserts that Figueroa wasn’t referring to Obama herself, but rather the makeup artist’s characterization of her.

The letter cites a translated transcript of the Spanish language segment, in which Figueroa says, “But check that this is a characterization that he has done here, that’s what I’m referring to…”

“First my client did not make racist comments about Mrs. Obama whatsoever, which is abundantly clear from the transcript of the broadcast,” Singer writes in his letter. “Second, I understand that there was no request made by the Office of the First Lady to terminate my client’s employment, and that this representation, made by a Univision executive and leaked to the press, is a complete lie.”

Univision has not yet responded to TheWrap’s request for comment.

Figueroa echoed many of Singer’s claims in his apology to Obama, which he offered as an open letter to the First Lady shortly after his firing.

“I offer my sincere apology for an unfortunate comment I made about a makeup artist’s depiction of you on Univision’s show ‘El Gordo y La Flaca’ yesterday. It was clearly in bad taste and misunderstood,” Figueroa’s statement read. “I would like to explain that my remark was not directed at you, but at the result of an artist’s depiction of you that I found wasn’t accurate. The entire video clip in context corroborates this.”