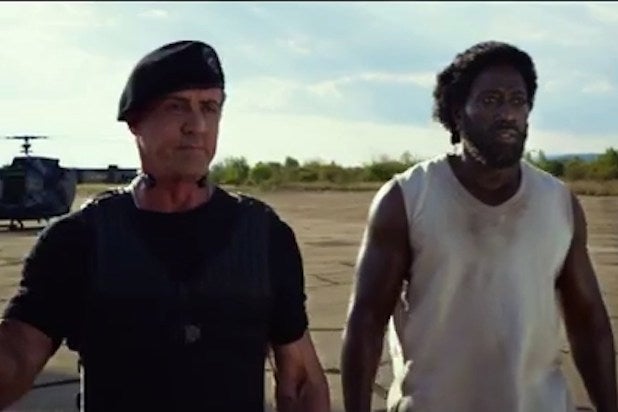 “Blade” star Wesley Snipes is back in action in the first trailer for “The Expendables 3.”

The action consists of him wondering what the hell is happening, while new pals Sylvester Stallone and Jason Statham have a good laugh.

“Lots to digest,” Snipes says in the preview (above) that teases new cast members Harrison Ford, Antonio Banderas, Kellan Lutz, Kelsey Grammer and Mel Gibson. There are also lots of explosions, bullets, cigars. And then some more  laughing, because barely escaping Death’s clutches is hilarious to these guys, apparently.