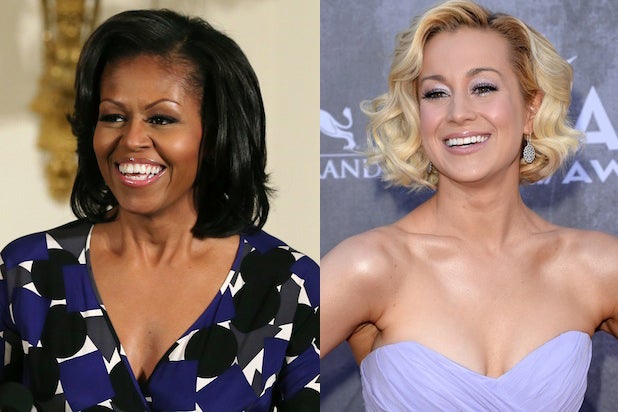 FLOTUS and Pickler will guest star on the May 7 episode of the ABC drama, titled “All or Nothing With Me.”

They’ll appear as themselves during a charity event held by Rayna (Connie Britton) at Fort Campbell after she finds out that Luke (Will Chase) has been injured in Afghanistan.

Mrs. Obama has made numerous appearances on news and talk shows, but she’s only guested once before on a scripted show — playing herself on Nickelodeon’s “iCarly.”

Pickler, a country singer who placed sixth on the fifth season of Fox’s “American Idol” and won the 16th season of ABC’s “Dancing With the Stars,” has appeared on a couple scripted shows, including the CW’s “90210” and the syndicated “The Bonnie Hunt Show.”