A new spot for the talent competition juggernaut has started airing that features everyday singers — folks in the shower, on subway platforms, etc. — beginning their journey to the "Idol" sta 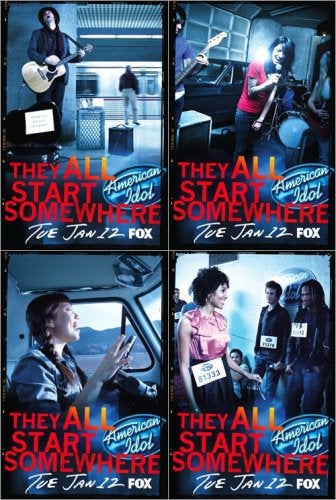 ge. There’s synergy between the print campaign the network revealed last week, with one young lady seen in posters making an appearance near the end of the TV ad.

In both the print and video campaigns, the tag line is the same: "They all start somewhere."

This year’s image spot for "Idol" matches the cinematic quality of last season’s very cool David Cook spots. But while that campaign focused on a well-known "Idol" vet’s trip from unknown to superstar, the new ads switch things up by shining the spotlights on unknowns.

Check out the new spot  from Fox marketing chief Joe Earley’s on-air production team below, along with another spot featuring a contestant from season nine whom we’re already dubbing Little Justin Guarini: