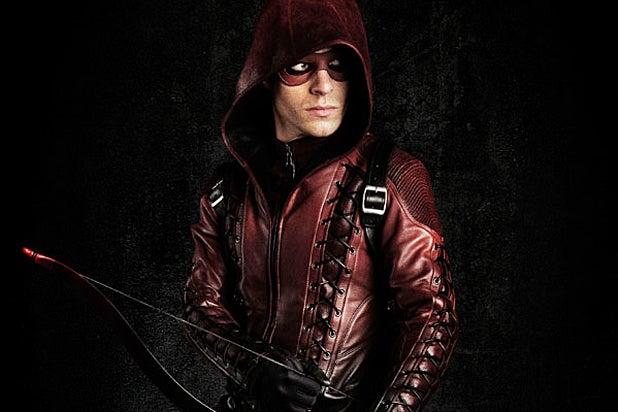 Starling City is about to get another superhero, though he’s a familiar face fans are likely already prepared for. When “Teen Wolf” alum Colton Haynes signed on to the show to play Roy Harper, the countdown to Arsenal was on.

Now, as season 3 approaches, he’s finally here. The character has also gone by Red Arrow in the comics, which is fitting, judging by the first photo.

EW revealed the picture of Haynes’ Harper in full superhero garb, ready to jump in and join Stephen Amell’s Team Arrow in helping defend their city from bad guys.

“Arrow” returns for season 3 on October 8 on the CW.