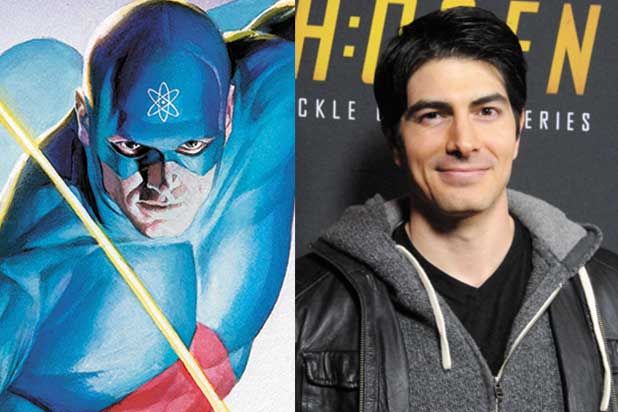 “Superman Returns” star Brandon Routh has been tapped to play yet another superhero — The Atom — in the third season of “Arrow,” TheWrap has confirmed.

He joins the hit CW show as recurring character Ray Palmer: a scientist and inventor who becomes the new owner of Queen Consolidated and a new force in the lives Oliver Queen (Stephen Amell) and Felicity Smoak (Emily Bett Rickards).

In the DC Comics universe, Palmer is the alter-ego of The Atom, a superhero who changes his size at will, so it should be interesting to see how small Routh might actually get in his return to the small screen.

Though the 34-year-old actor is best known for starring in the 2006 Bryan Singer-directed blockbuster “Superman Returns,” he has also found TV success before on “Chuck.”

Routh isn’t the only new addition to the third season of “Arrow,” either. As TheWrap previously reported, Devon Aoki is set to play a sword-wielding hero from DC comics named Katana.