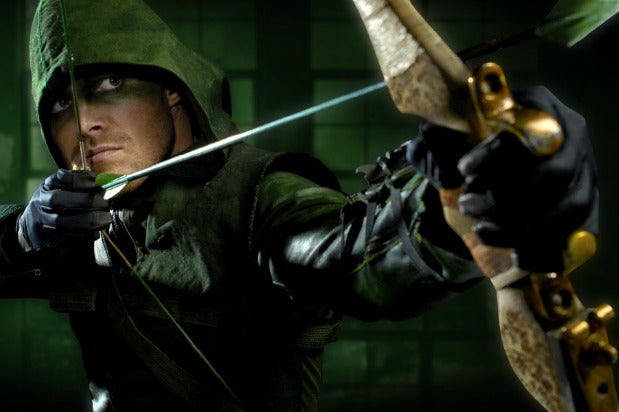 TV’s “Arrow” says he will not be in “Batman v. Superman: Dawn of Justice.”

Stephen Amell, star of CW’s “Arrow,” took to Facebook to shoot down the hopes of fans that he might join Batman, Superman, Wonder Woman, and Lex Luthor in the upcoming film.

He added: “As an aside… The next time that I either do a video or an interview with a journalist that I like, I’ll be happy to explain why this is the case. Short form — it’s not a barometer on ability or the quality of genre — TV v. Film, no pun intended. Everything here boils down to logistics. In any event… thank you for how much support you’ve showed me. But keep in mind, playing Arrow on television isn’t a consolation prize. We play the definitive versions of our characters in the DC Universe.”

In other disappointing news, the Wonder Twins, Hawkman and Aquaman will also probably not be in the movie.