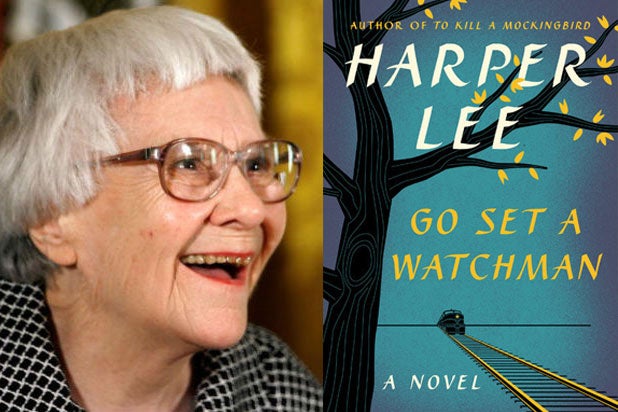 The cover features a black tree with yellow leaves standing starkly over train tracks as a train approaches. The book will open with Scout, who was the protagonist in Lee’s first novel “To Kill a Mockingbird,” taking a train from New York back to Alabama to visit her father, Atticus Finch.

In a statement, Lee said: “In the mid-1950s, I completed a novel called ‘Go Set a Watchman.’ It features the character known as Scout as an adult woman, and I thought it a pretty decent effort.”

“My editor, who was taken by the flashbacks to Scout’s childhood, persuaded me to write a novel (what became ‘To Kill a Mockingbird’) from the point of view of the young Scout,” she reclusive author continued.

After it was announced in February, HarperCollins said they would do an initial printing of two million copies of the book.

“Go Set a Watchman” will mark the first new work by Lee since “To Kill a Mockingbird” was originally published in 1960. The original book, considered to be among the best novels of the twentieth century, follows a little girl named Scout as she tries to make sense of racial prejudice in her small Alabama hometown.

Also Read: ‘To Kill a Mockingbird’ Sequel To Be Released 55 Years After Novel

Lee won the Pulitzer Prize for Fiction in 1961 for “To Kill a Mockingbird.” It was then adapted into an Academy Award winning film of the same name starring Gregory Peck.

Scroll down to see the cover.