“Stranger Things” star David Harbour is unrecognizable under mounds of prosthetics as superhero Hellboy in Lionsgate’s first still from Neil Marshall’s upcoming reboot of the movie franchise based on the comic-book of the same name. The studio released the photo Wednesday (see below). 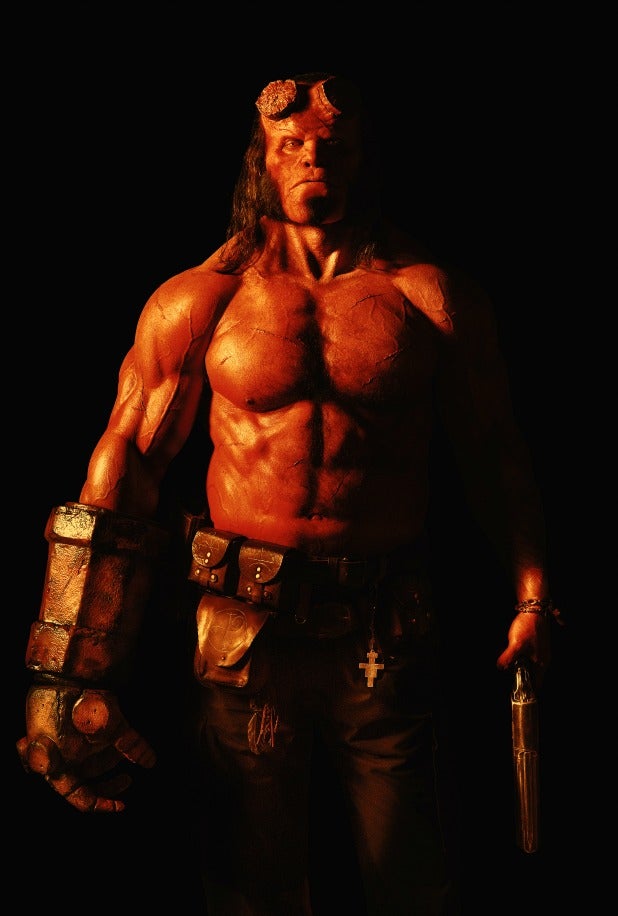 The actor also tweeted, “Please allow to introduce myself, I’m a man of wealth and taste…”

Please allow to introduce myself, I'm a man of wealth and taste…#hellboy pic.twitter.com/nmRvN4MVk6

In April, “Hellboy” creator Mike Mignola announced the R-rated reboot of the franchise with Marshall (“The Descent”) as the helmer of the project. Andrew Cosby, Christopher Golden and Mignola are writing the script.

In a recent interview with TheWrap, Harbour described the reboot as “darker” and “more of a character piece.”

“It’s a character that I love, and sort of in the way, I think Mike [Mignola] and a bunch of other people saw me in ‘Stranger Things’ and wanted me to play Hellboy and I think he has some parallels to him,” Harbour said.

“He’s another complicated antihero who is not strictly good or bad, he’s just trying to do the right thing. I think he’s a demon, he’s crazy, and he’s also sweet and vulnerable and neurotic […] so there’s a lot of complexity there.”