Chuck Bartowski is ready to kick some butt.

That’s the message of some new key art being released today by NBC. It features the one-time geek king busting some serious kick boxing moves, knocking the crap out of at least three meanies.

The tagline for the new campaign (already in use in on-air spots): "No More Mr. Nice Guy."

Check out the poster below: 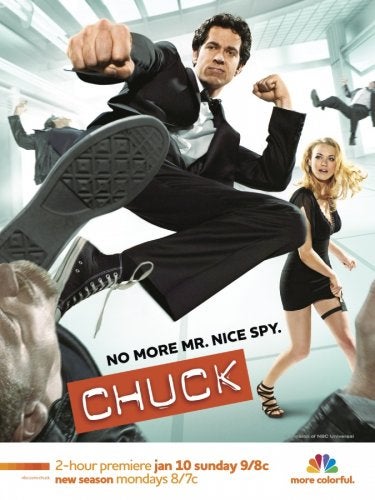