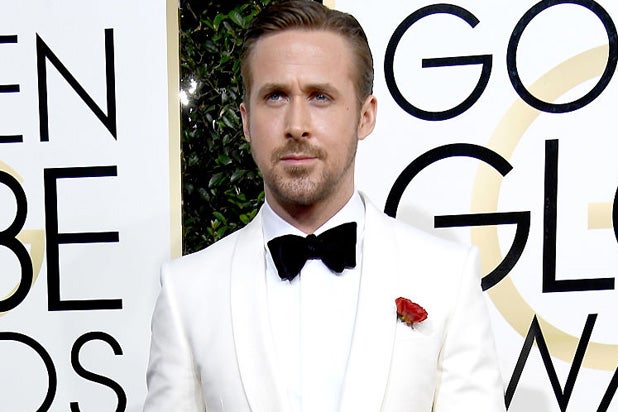 Films like “Apollo 13” and “Gravity” have delved into the deadly risks astronauts take when they go into space, but Damien Chazelle will show how those disasters impacted Neil Armstrong, in “First Man,” his upcoming film starring Ryan Gosling as the famed Apollo 11 astronaut.

“What I really wanted to do is get to know the people who went on this unimaginable journey and take audiences along with them,” Chazelle said before unveiling the film’s first trailer at CinemaCon.

The trailer shows Gosling as Armstrong taking care of his infant child with his wife, Janet, played by Claire Foy. It then shows the couple mourning their friends in NASA who were killed in previous missions while watching new tests and launches take place, often with disastrous results.

Among those infamous tragedies are Ed White and Roger B. Chaffee (Jason Clarke and Cory Michael Smith), the men who were tragically killed on the launch pad during the first Apollo mission. Pablo Schreiber will also appear as Jim Lovell, the commander of Apollo 13 who said the infamous “Houston, we’ve had a problem.”

“We have every intention of coming back,” Armstrong assures his son before embarking on his lunar voyage.

“But you might not,” his son replies, to which Armstrong can only admit,”That’s right.”