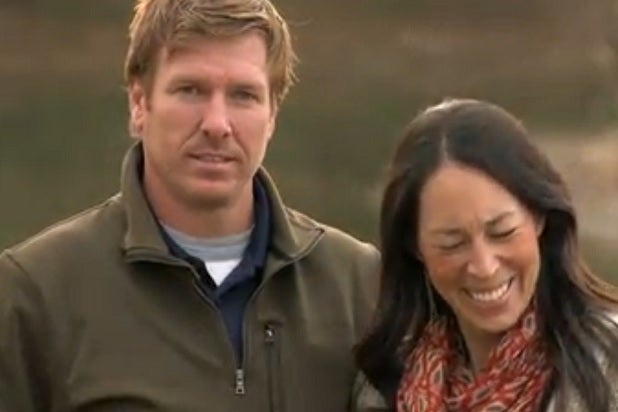 Chip Gaines is not taking the lawsuit filed against him by his former partners sitting down.

OK, so maybe he is taking it sitting down, but he fired off an angry tweet while doing so.

Gaines, star of HGTV’s series “Fixer Upper,” ripped into the lawsuit filed by his former partners over the weekend with a barbed tweet reading, “Fyi: Ive had the same cell # 15 yrs.. same email for 20 yrs. No one called or emailed? 4 years later ‘friends’ reach out via lawsuit.. humm.”

Gaines was sued last week by his former business partners Richard Clark and John Lewis, who claim that Gaines cheated them out of profits they could have gained from show.

In their suit, which seeks more than $1 million, Lewis and Clark claim that Gaines bought out their shares in a company, which is profiting off the show, just two days before the network picked up the now-popular series.

The lawsuit states that  states that Gaines profited off of Magnolia Realty — a real estate company which Gaines now has full control of — in the wake of “Fixer Upper’s” success. The company started out with one office in Waco, Texas but has since grown into six other branch offices and more than 93 agents.

Just before “Fixer Upper” was picked up by HGTV, court documents claim, Gaines had a “secret”  meeting with network executives two days before the show was picked up, in which he sought to consolidate businesses.

Gaines then allegedly contacted Lewis and Clark about a buyout decision and purchased the shares for $5,000 without letting them know about the possibility of major brand exposure.

The documents also state the Gaines — including Chip’s wife Joanna — hid a lot of information from Lewis and Clark. While they knew about ongoing talks between the couple and High Noon Entertainment, they weren’t aware of how close it was to actually getting picked up as a show.

Gaines then allegedly lied to his partners, saying that Magnolia Realty wasn’t worth anything and had no assets.

HGTV declined to comment on the issue in a statement to TheWrap. “We are aware of the pending lawsuit in Texas but, we don’t share information about or comment on pending litigation,” a spokesperson said.