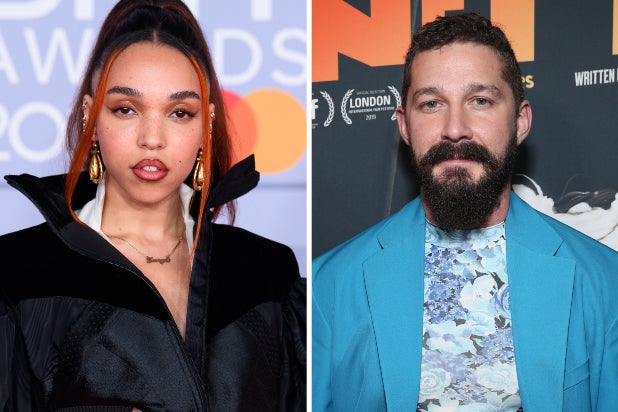 Shia LaBeouf has been accused by musician and former girlfriend FKA Twigs of assault, sexual battery and fostering an abusive relationship in a lawsuit filed in Los Angeles and in an interview with the New York Times.

The lawsuit, obtained by TheWrap, accuses LaBeouf of “relentless abuse” and of inflicting emotional distress on FKA Twigs, whose real name is Tahliah Debrett Barnett, as well as knowingly giving her a sexually transmitted disease while they were in a relationship for just under a year between 2018 and 2019.

Both the lawsuit and Barnett in an interview with the Times described an incident when, while driving through the desert, LaBeouf sped down the highway, removed his seat belt and threatened to crash the car unless she professed her love for him. Barnett then described LaBeouf pulling over at a gas station and assaulting her, throwing her against the car and shouting in her face before forcing her back into the vehicle.

A representative for LaBeouf did not immediately respond to TheWrap’s request for comment. However, LaBeouf responded to Barnett’s accusations and those of another former girlfriend, Karolyn Pho, in a statement to the Times.

“I’m not in any position to tell anyone how my behavior made them feel,” he said in an email to the New York Times. “I have no excuses for my alcoholism or aggression, only rationalizations. I have been abusive to myself and everyone around me for years. I have a history of hurting the people closest to me. I’m ashamed of that history and am sorry to those I hurt. There is nothing else I can really say.”

LaBeouf continued by saying that “many of these allegations are not true,” but added that he owed Barnett and Pho “the opportunity to air their statements publicly and accept accountability for those things I have done.”

“I am not cured of my PTSD and alcoholism,” LaBeouf wrote, “but I am committed to doing what I need to do to recover, and I will forever be sorry to the people that I may have harmed along the way.”

In the lawsuit, Barnett described meeting LaBeouf on the set of his mostly autobiographical 2018 film “Honey Boy.” She said she learned over time to not look at or speak to male waiters and that LaBeouf also had rules as to how many times she had to kiss and touch him every day. She said she was also convinced to stay with him in Los Angeles rather than move back to her home in London, describing her attempt to leave him as “both difficult and dangerous.”

Barnett also said that LaBeouf would inflict bruises on her by squeezing her tightly. She added that living with him became frightening and that he slept with a loaded gun on his bedside table, which made her scared to use the bathroom in the middle of the night in case he mistook her for an intruder. She told the Times that she never went to the police for fear of harming LaBeouf’s career and of not being taken seriously.

“What I went through with Shia was the worst thing I’ve ever been through in the whole of my life,” she said to the New York Times. “I don’t think people would ever think that it would happen to me. But I think that’s the thing. It can happen to anybody.”

The second woman, Pho, accused LaBeouf of pinning her to a bed and head-butting her to the point that she bled. Similar incidents are outlined in the lawsuit. Pho also corroborated Barnett’s account of how she was expected to not make eye contact with male waiters.