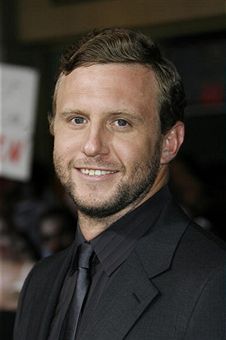 "Zombieland" director Ruben Fleischer is in serious talks to take "30 Minutes or Less" as his next picture, reports Deadline New York.

The MRC project concerns a pizza delivery man who embarks on an unlikely caper. Now that sounds like a premise rife with comedic potential.

Discussions with actor Danny McBride to play the lead have been heating up faster than a Domino’s pizza.

The actor has been a favorite of mine since he accepted my Facebook friend request, or since he starred as Fred "King of the Demo" Simmons in "The Foot Fist Way." McBride would have to fit the movie into his busy schedule, which includes filming the second season of HBO’s darkly hilarious "Eastbound & Down."

The other interesting tidbit from Deadline’s story is that Fleischer is a candidate to direct Tom Cruise in Paramount’s "Mission: Impossible IV."

A year ago, I wrote a piece for the MTV Movies Blog speculating about potential "M:I:4" directors, but Fleischer wasn’t included on the list of filmmakers because I hadn’t seen "Zombieland" yet. Now that I have (twice, I might add), his involvement is a no-brainer. That Metallica-fueled title sequence was right up there with "Watchmen" for the best of last year. I’ve got a close eye on the "M:I:4" director’s chair so stay tuned to Deal Central for more on that project as it breaks.

Michael Diliberti and Matthew Sullivan wrote "30 Minutes or Less." The WME-repped duo had two scripts on the 2009 Black List and are co-writing the latest adaptation of George Barr McCutcheon’s novel "Brewster’s Millions," according to the Hollywood Reporter. Diliberti is a former creative exec at Paramount who served as an associate producer on the studio’s "Stop-Loss," produced by his former boss Scott Rudin.

McBride has taken some low blows from critics, accusing him of repeating himself and playing different variations of the same character, but I was very impressed with how he dialed down his persona and stretched himself with his low-key performance in "Up in the Air." From the sound of it, "30 Minutes or Less" will return McBride to his comfort zone, but that’s hardly a bad thing.

Ever since Domino’s launched its online order tracker, I’ve become more aware of my local store’s pizza delivery guy. He rings my doorbell once a week and drops off cheesy goodness without raising an eyebrow over my bunny slippers, which I feel no shame in wearing since I give him a pretty generous tip (for a blogger). For my money, the most memorable pizza guy I’ve seen onscreen has been the change-keeping "filthy animal" who delivered Kevin McAllister his large cheese pizza in "Home Alone." We haven’t really seen the trials and tribulations of a pizza delivery man’s life yet (not counting "Loverboy"), so who better than McBride to take us into that hectic world.

McBride, the Rough House Pictures principal who burst onto the scene in 2003 as Bust-Ass in David Gordon Green’s "All the Real Girls," provides a voice in the upcoming animated film "Despicable Me" and next stars in Gordon Green’s "Your Highness" for Universal. He’s also attached to the action-comedy "L.A.P.I.," which was also written by Diliberti and Sullivan.