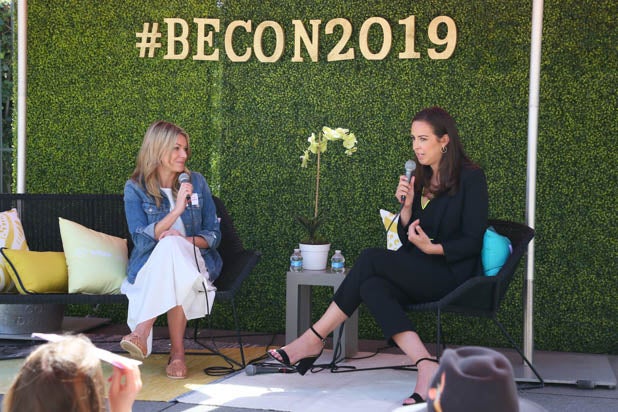 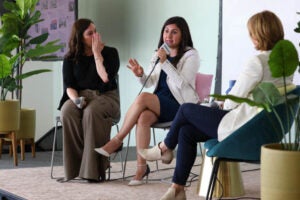 Be Conference 2019: ”After three meetings, they are either in or out,“ venture capitalist Jesse Draper says

Years after venture capitalist Jesse Draper invested in Lauren Schulte Wang’s The Flex Company, the two reunited to offer young entrepreneurs advice on how to get funding and launch their products at TheWrap’s annual BE Conference in Santa Monica, Calif. on Thursday.

Draper, who is the founding partner of Halogen Ventures, actually invested in Flex — which designed a new menstrual product for 12 hours of period protection and mess-free period sex. When she was asked how she chooses her companies and entrepreneurs, Draper’s answer was simple: She looks for uniqueness.

“I had seen tampons for a long time and Lauren was creating something different,” she explained. “There are three things I look for: 1) a unique product that is disruptive — that is doing something different. I like to be the first in a new market. 2) The founder, which should actually be the first. I often look for co-founders, I like to make sure the teams have diversity of all shapes and sizes. We make sure we invest in a female team — team is everything — and you need to make sure people are in it for the 10-year journey. It’s like going to war together, it’s a marriage you cannot get out of. You are going to go through ups and downs. And 3) They have to have some type of traction — prove to me that you have a customer or that you have 100,000 email addresses.”

Schulte Wang said she created Flex for one reason alone: “for people who have periods, who have hated their period so they hated a large part of their body. I wanted them to feel more comfortable for that one week of the month and to love our bodies and focus on things that make us feel fulfilled rather than uncomfortable.”

Her biggest advice to entrepreneurs who want to achieve similar success as she did with Flex: Cultivate your relationships, and have a solid newsletter even ahead of the product’s launch. “By the time we had launched, we already had 200,000 emails that were subscribed when we were ready to post the news,” she said. “I had a background in media, so preparing that strategy and cultivating relationships in the media is really important.”

Also, she said, “Cut your losses, and don’t give people information unless they are your investors.”

Draper added that she has a three-meeting rule when she is looking for new investments. “After three meetings, they are either in or out,” she explained. “If it’s a no, I ask, well, why was it a no? I want to make my pitch better. And then they get to know me through this advisory relationship.”

And she was adamant to entrepreneurs to maintain as much equity in their businesses as possible. “Cutting equity is like cutting off your toe — you don’t want to cut off your toe!” she said.