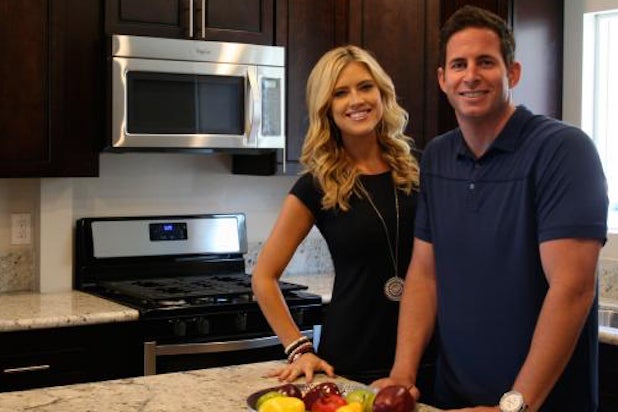 “Flip or Flop” stars Christina and Tarek El Moussa won’t be getting back together anytime soon, according to a recent TMZ report.

Citing sources close to Christina, the outlet reported, “There’s absolutely zero chance Christina will get back with Tarek because she’s fully turned the page.”

TMZ’s story continued: “She’ll remain friendly for the sake of their 2 kids and hit show, “Flip or Flop” — but that’s it.”

Either way, they seem to be enjoying the single life, as both of them have now been reported to date people who work closely with the family.

Tarek dated the family’s former nanny, 23-year-old Alyssa Logan, according to TMZ. The celebrity gossip site reported that Tarek and Alyssa began dating back in September and attended a Florida Georgia Line concert back in October, but have since broken up.

TMZ said that Tarek fired Logan so he could date her without having to worry about hooking up with an employee. Meanwhile, Christina is dating Gary Anderson, a contractor who worked on flipping houses with her and her soon-to-be-ex-husband Tarek for the reality series, again according to TMZ.

The El Moussas confirmed last week that they broke up several months ago and both are seeing other people.

'Flip or Flop': 6 Updates Since the El Moussas Announced Their Split (Photos)

News broke that Tarek and Christina El Moussa, the stars of the HGTV series "Flip or Flop," have separated after seven years of marriage, and since that Dec. 12 announcement, every day we learn more about how (and why) it all unfolded.