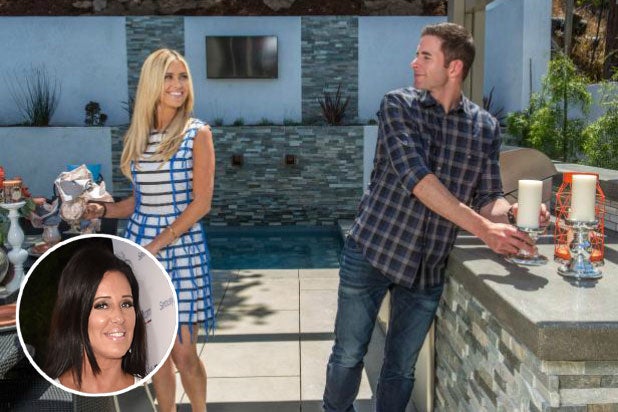 Will Tarek and Christina El Moussa, the couple at the center of the HDTV series “Flip or Flop,” reunite after their public separation? “Millionaire Matchmaker” Patti Stanger doesn’t think so.

“No, something happened that we don’t know about,” Stanger speculated in an interview with TheWrap.

Stanger, who said that she doesn’t know what’s going on in the Tarek and Christina El Moussa relationship personally, added that while she was watching the show, she never saw the couple act romantically towards each other.

Also Read: When Will 'Flip or Flop' End? Tarek and Christina's Marital Woes Make It Complicated

On Dec. 12, news broke that the El Moussas split up after seven years of marriage. In a statement, the couple cited an incident earlier this year, during which Tareq El Mossa reportedly ran from the family’s home in Orange County, California, with a firearm, prompting a police call of “a possible suicidal male with a gun,” as reported by TMZ.

“Like many couples, we have had challenges in our marriage,” said their statement to People. “We had an unfortunate misunderstanding about six months ago and the police were called to our house in an abundance of caution. There was no violence and no charges were filed.”

The El Moussas sought counseling, then separated as they decided whether to get back together.

The El Moussas, who wed in 2009, have two children. The series, which premiered in 2013, revolves around the real estate agents buying and renovating distressed properties.

The question that remains, said Stanger, is how the show will continue.

“It’s not easy filming a TV show with your partner — it’s a double-edged sword,” said Stanger. “How do you continue to work after something like this? I think they are keeping the show but have to change the title sequence.”

Indeed, in a statement to TheWrap earlier this month, HGTV said that the series “will continue production as scheduled.”

A representative for HGTV did not immediately respond to TheWrap’s request for comment on Thursday.

'Flip or Flop': 6 Updates Since the El Moussas Announced Their Split (Photos)

News broke that Tarek and Christina El Moussa, the stars of the HGTV series "Flip or Flop," have separated after seven years of marriage, and since that Dec. 12 announcement, every day we learn more about how (and why) it all unfolded.