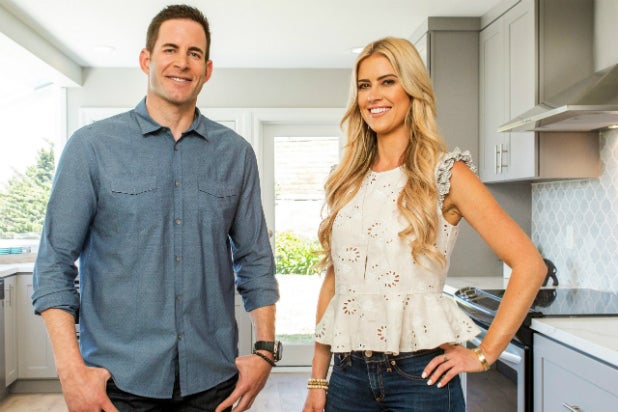 HGTV has renewed its hit series “Flip or Flop” for a 15-episode Season 8.

“Flip or Flop” will continue to spotlight Tarek and Christina as they buy dilapidated houses in Southern California, turn them into beautifully renovated homes and flip them for profit, per HGTV. With production underway, the new season is slated to premiere in Spring 2019.

“HGTV fans have followed Tarek and Christina through scores of house flips and supported their personal journey for years,” said Allison Page, president HGTV and Food Network. “We’re eager to see how they continue to run their flipping business, co-parent their children and start new chapters in their professional and personal lives.”

To-date, Season 7 viewership of “Flip or Flop” is up 18 percent versus its prior season, the popular channel said in making its Wednesday midseason announcement. Still airing originals, Season 7 of “Flip or Flop” will air its finale on Thursday, September 6 at 9/8c.

Back when new episodes of  “Fixer Upper” were still on HGTV’s (cable) airwaves, “Flip or Flop” was the channel’s No. 2-rated series. Without Chip and Joanna Gaines, it’s now even more important to Discovery Inc.’s prized new network.

Tarek and Christina underwent a very public divorce in 2017, but continue to work together flipping California homes. on and off television.