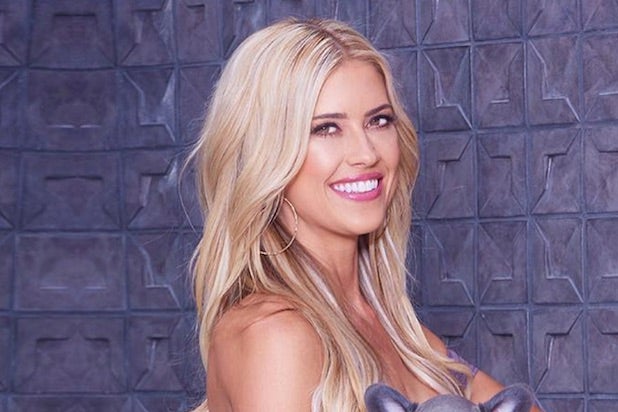 Christina El Moussa isn’t fooling around when it comes to companies hijacking her name to flog their wares.

Attorneys for the “Flip or Flop” star have fired off strongly worded cease-and-desist letters to dozens of companies, over an “unlawful” website claiming that El Moussa has endorsed an anti-aging skin care line.

The letters make if very clear that a lawsuit is imminent if the page isn’t yanked.

“On [El Moussa’s] behalf, we are informing you of the misrepresentation contained in this article,” one of the letters reads. “She has not, nor will she ever, endorse any such product line.”

The letter goes on to promise a lawsuit if the situation isn’t remedied.

“As you can see by the number of addresses this letter is being sent to, the efforts to hide the true identity behind this unlawful website may be extensive but there is a person or persons at the end of that line,” the letter asserts. “If this article continues to exist, we will immediately file suit against every entity and individual involved in this article. We will not only seek an injunction, but damages for all monies wrongfully obtained through this false advertising.”

“This is not the first in a series of letters on this topic,” the letter continues. “If you choose to ignore this communication and your involvement in this web advertisement scheme, the next communication you will be receiving will be a summons and complaint.

As TheWrap reported in February, a website, doctored to look like an article from People, claimed that El Moussa helped “create” a skin-care line for Vinetics-C, which according to the article accounts for “close to 50 percent” of her and estranged husband Tarek El Moussa’s income.

The website further claimed that Christina El Moussa said she created an anti-wrinkle serum “so that I could take care of my family without having to depend on staying together with Tarek.

“Tarek and I were having problems long before we broke up,” El Moussa supposedly said in an Instagram post “which she later changed,” according to the website. “I knew that my livelihood would be become threatened if I didn’t take action, so I worked with a talented team to create Vinetics-C Anti-Wrinkle Serum to take care of my family without having to depend on staying together with Tarek.”

El Moussa’s spokeswoman told TheWrap at the time that the website is a “bogus” attempt to “take advantage of the current difficult situation she is going through in the public eye.”

“This is absolutely NOT true, and it is a bogus website. This is not from People’s website, and is clearly a scam with a made-up website address to give the false impression that Christina endorses this product or has made these false claims,” El Moussa’s spokesperson told TheWrap on Monday. “This is clearly an example of someone trying to take advantage of the current difficult situation she is going through in the public eye.”

The spokesperson added, “We will forward [the website] to her attorney.”