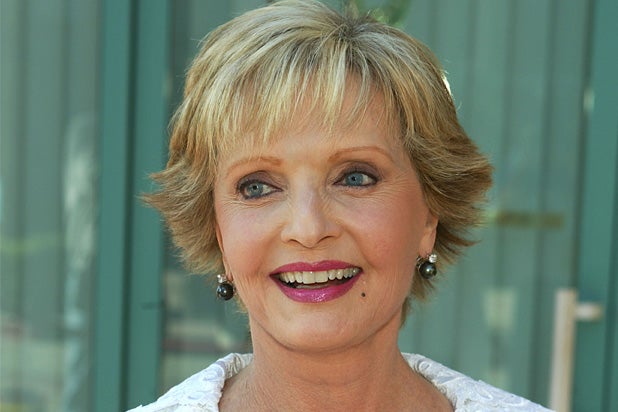 Hollywood took a pause from its Thanksgiving celebrations to mourn the death of former “Brady Bunch” actress Florence Henderson, who died Thursday at age 82.

“You are in my heart forever Florence,” wrote Maureen McCormick, who played eldest Brady daughter Marcia on the popular ’70s sitcom. “I’ll miss you dearly.”

Michael McKean, who broke through in the ’70s as Lenny Konowski on another ABC sitcom, “Laverne & Shirley,” tweeted his own tribute: “Florence Henderson was a doll and a dame and funny as hell.”

Sitcom stars influenced by her work also weighed in on social media, from “Seinfeld” actor Jason Alexander to “Will & Grace” alum Debra Messing.

Marlon Wayans noted that he had worked with Henderson last year. “It was all the fun I hoped it to be,” he wrote. “Rest In Peace mrs. Brady.”

Henderson’s manager confirmed the news of her death to the Associated Press, and said the star passed surrounded by friends and family. A cause of death was not disclosed, and her rep did not immediately respond to TheWrap’s request for further comment.

A native of Indiana, Henderson worked on both stage and screen before winning worldwide fame as Carol Brady, the widowed mother of three girls and stepmom to three boys, on the iconic ABC series “The Brady Bunch,” which ran from 1969 to 1974.

Read other tributes from stars here:

Florence Henderson was a dear friend for so very many years & in my <3 forever. Love & hugs to her family. I'll miss u dearly #RIPFlorence

You are in my heart forever Florence???? pic.twitter.com/PABCuPubA2

Deeply saddened. Florence was one of the most gracious people I have ever known, Proud to call her Mom and life long friend. #RIPFlorence

Florence Henderson was a doll and a dame and funny as hell. RIP

RIP the dear #Florence Henderson. You were a light.

Deeply saddened to hear about the loss of the great Florence Henderson. I was lucky enough to… https://t.co/hfPfweI5Nb

RIP Florence Henderson. "The Brady Bunch" was everything.

So terribly sad to hear of the passing of the great Florence Henderson. It was a true honor to have known and worked with her. pic.twitter.com/bhgLigHEI4

R.I.P Florence Henderson. I grew up with the Brady Bunch! https://t.co/dWCQc5t1Zq

Florence Henderson-Warm Talented & kind passed away today.Thank you Florence for being such a kind generous friend to Alexis.