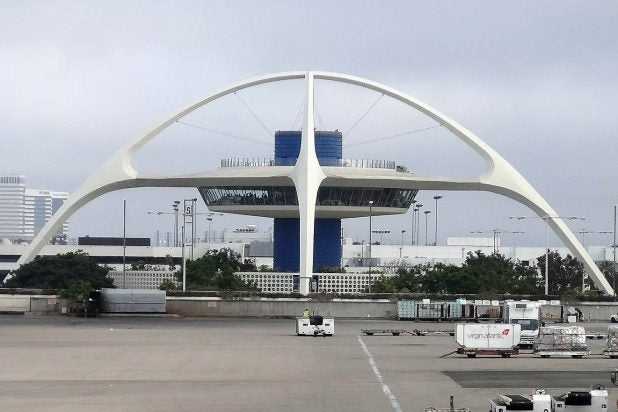 You’re not the only one who thinks Los Angeles International Airport is a nightmare.

Fodor’s Travel named LAX the “World’s Worst Airport” in their crop of travel awards released Wednesday. The rankings also gushed over the Hollywood Burbank Airport, naming it the “Best U.S. Airport,” in a move that will surely ignite a crosstown rivalry not seen since the USC and UCLA football teams went 21-20 in 1967.

In an inaugural list of Fodor’s Travel Awards, the guidebook publisher named their top (and bottom) picks in air travel, cruises and travel tech, as well as naming their favorite globe-trotting influencers. The revelation that the best and worst airports are both in Los Angeles was “an unplanned coincidence,” according to a press release from the company.

Though they noted a lack of flashy amenities at Hollywood Burbank, Fodor’s called it “an agreeable airport in a perfect location,” and praised the airport’s compact design, affordable parking and food options.

In contrast, the article slammed LAX for its confusing layout, constant construction and “the purgatorial nightmare of traffic” that lead into and out of the terminals.

The travel experts at Fodor’s agreed that “there are, without doubt, by almost all measures, worse airports in this world. Except by one measure — an exceedingly crucial measure. In fact, behind safety, it’s almost certainly the most important measure: getting in and getting out.” And in that, the fourth busiest airport in the world fails.

Also Read: Los Angeles Filming Is Off to Slow Start in 2019 With Film and TV Shooting Down

“Thanks to the improbably stupid design of its catastrophic horseshoe motor-loop, it regularly requires 30 minutes to travel the short mile from the outskirts of the airport to most of its terminals,” the article said.

But it did hold out hope for the loathed airport’s future — a connection from the (unfinished) Crenshaw Metro Line to the airport could alleviate traffic and the construction will, supposedly, be finished one day. But until then, “we’re loathing it,” said Fodor’s.

Burbank Airport responded warmly to the accolade, tweeting that they were “honored & grateful. LAX did not mention its dubious distinction, instead tweeting that it ranked 8th among airports serving more than 70 million passengers from the Skytrax World Airport Awards.