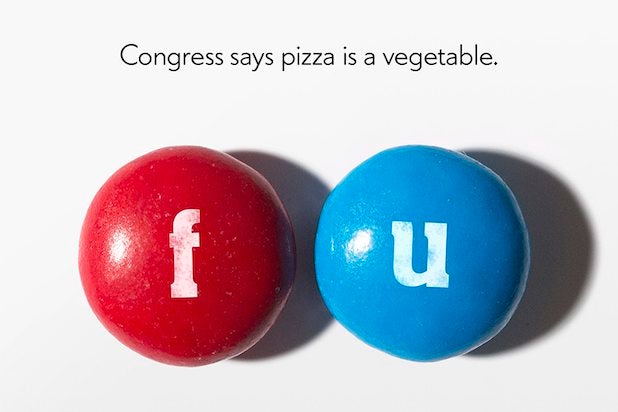 The nation’s food makers are throwing their dishes at “Fed Up,” the documentary narrated by Katie Couric that suggests that American’s obesity is a result of the country putting food industry profits ahead of Americans’ health.

Couric is the documentary’s executive producer along with Laurie David,  producer of  “An Inconvenient Truth,” and Regina Scully  of “The Invisible War.”

In a statement on Tuesday, Grocery Manufacturers Association President and CEO Pamela G. Bailey said “Fed Up” presents an unfair and inaccurate view of the packaged food industry.

She said the food and beverage industry has been working hard — and with some success — toward policies reducing obesity and childhood obesity. The industry has voluntarily removed full soda products from schools,  limited its TV advertising for children’s foods to products with better profiles and supported changes in federal school lunch standards that increased the amount of food and vegetables and limiting fat and salt. She noted that the Centers for Disease Control recently reported that childhood obesity had been reduced by as much as 43 percent.

“Rather than identifying successful policies or ongoing efforts to find real and practical solutions to obesity, it adopts a short-sighted, confrontational and misleading approach by cherry-picking facts to fit a narrative, getting the facts wrong, and simply ignoring the progress that has been made over the last decade in providing families with healthier options at home and at school,” said Bailey.

“Our companies have been trusted by generations of families to provide products that are safe, nutritious, affordable, time-saving and well-balanced. This is a responsibility that we take seriously and will never forget.

“Reducing obesity requires everyone to do their part. For the food and beverage industry, this means constantly working to provide consumers — especially parents — with healthier options and the information they need to make choices that are right for their families,” Bailey added.

TWC-Radius, the film’s distributor, has yet to respond to TheWrap’s request for comment.