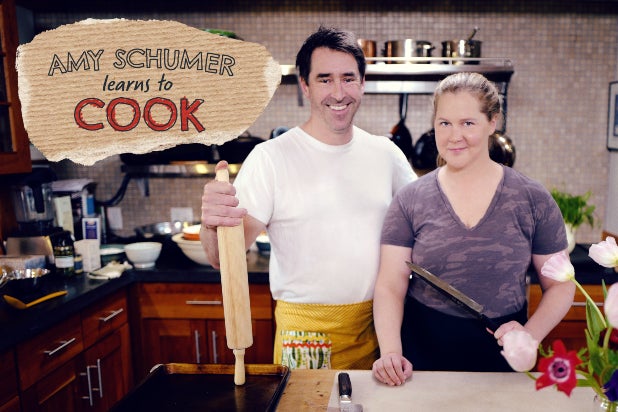 The self-shot series features Schumer and her husband Chris Fischer, a James Beard Award-winning chef. Their nanny and part-time camera operator, Jane, along with their son and dog will continue to make appearances as well.

“Amy and Chris deliver a breath of fresh air to viewers, and we could not be more excited that they have continued to allow Food Network to bring our audience a behind-the-curtains look at their lives, with even more laughs and comforting food on the way. And we hope a lot more fennel,” said Food Network president Courtney White.

Also Read: Giada De Laurentiis on the Challenges of Shooting a Cooking Show on iPhones in Isolation

“Amy Schumer Learns to Cook” will return later this summer.

Schumer added, “We are happy to be coming back for a second season because sequels are always the best! Chris and I are proud to be partnering with Food Network to donate to Colin Kaepernick’s Know Your Rights Camp whose mission is to advance the liberation and well-being of Black and Brown communities through education, self-empowerment, mass-mobilization and the creation of new systems that elevate the next generation of change leaders.”