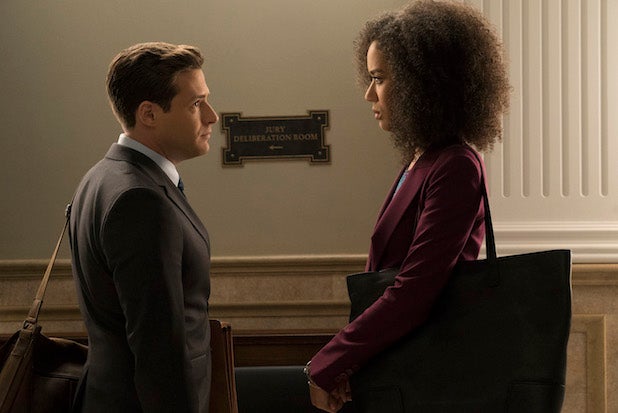 ABC’s “For the People” doesn’t look like it’s going to be up for renewal: Following a rerun, the newest Shondaland drama dropped 25 percent in key demo ratings from last week’s already soft starting point.

NBC’s “Rise” held up better, even without a “This Is Us” lead-in. With “The Voice” dominating at 8 p.m., NBC walked away with a Tuesday primetime victory.

With “Fresh Off the Boat” growing for its season finale, ABC finished second among adults 18-49. CBS was runner-up in total viewers, despite airing entirely repeats.

CBS was third in ratings with a 0.7/3 and second in viewers with 7 million.

Also Read: State of Shondaland: 'For the People' Starts, 'Scandal' Ends and Everything Netflix Snagged

Univision and Telemundo tied for fifth in ratings, both with a 0.5/2. Univision was fifth with total viewers with 1.5 million viewers, Telemundo was seventh with 1.26 million.