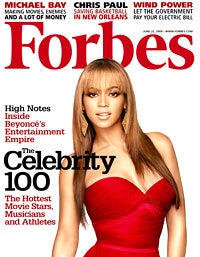 Forbes announced that it has agreed to acquire True/Slant, a year-old web-based news site, and install its founder, Lewis Dvorkin, as its chief product officer.

In that role, Dvorkin — who served as the magazine’s executive editor in the late 1990s — will be "re-architecting the Forbes.com website; redesigning the magazine; and will assume responsibility for all editorial product across Forbes."

In making the deal announcement, president and COO Tim Forbes called Dvorkin “a social media pioneer" and "ideal leader for Forbes editorial vision and products at this stage."

Via the release, more of Dvorkin’s resume:

Mr. Dvorkin brings to this new position thirty-five years experience in both old and new media platforms. Besides his years at Forbes, Mr. Dvorkin was Page One Editor of The Wall Street Journal, a Senior Editor at Newsweek, and an editor at The New York Times (NYSE: NYT).  After leaving Forbes, Mr. Dvorkin was Senior Vice President, Programming at AOL (NYSE: AOL), where he was responsible for News, Sports and Network Programming and played a significant role in the launch of TMZ.com.

Through March, Forbes ad pages were down more than 20 percent, according to the Publishers Information Bureau — or roughly double the industry average.